ORLAND PARK, Ill. - A Chicago man has been charged after police say he stole catalytic converters and fled from police in Orland Park.

On Thursday at about 1:50 a.m., Orland Park police officers responded to a report of a suspicious vehicle in the Bettenhausen Dodge dealership lot, which is located at 15941 94th Ave.

An off-site security monitoring company observed the vehicle pull into the parking lot with its lights off, police said.

When officers arrived, they noticed a man, later identified as Tyree D. Johnston, walking through the lot.

When Johnston noticed the officers, he allegedly fled the scene in his vehicle at a high rate of speed, and headed southbound on 94th Avenue.

According to police, he drove through a red light at 167th Street and 94th Avenue and struck another vehicle in the intersection. 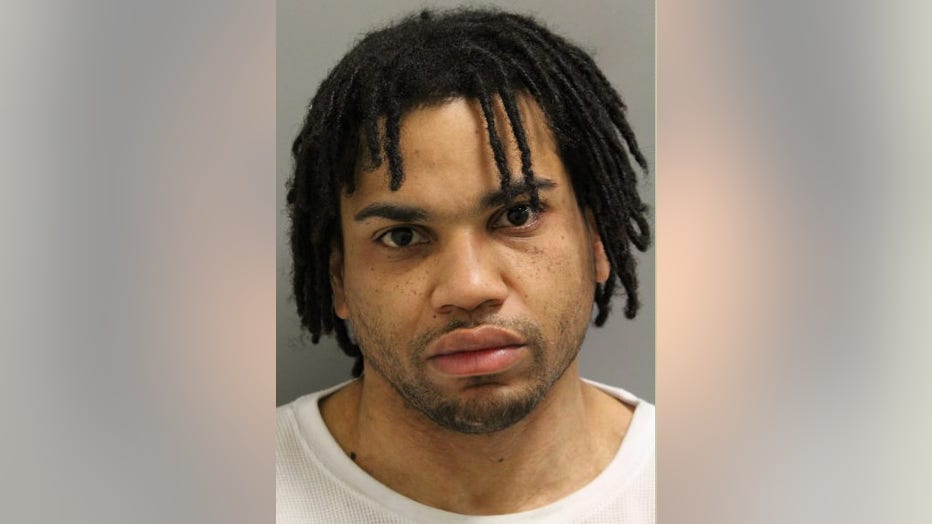 Johnston then allegedly exited his vehicle and began to flee on foot.

Police located him a short time later, attempting to climb on top of a shed in the 9300 block of 167th Street.

He was taken into custody, and charged with possession of stolen motor vehicle parts, unlawful possession of cannabis with intent to deliver, leaving the scene of a crash, reckless driving, speeding more than 35 MPH over the posted limit and other traffic citations.

Police say no injuries were reported in the crash.

Upon searching Johnston's vehicle, police said they found five catalytic converters, a reciprocating saw, about 78 grams of cannabis (which was packaged for sale) and over $2,000 in cash.

During the investigation, police also found a Dodge Van parked at the Bettenhausen Dodge dealership that had a missing catalytic converter that was allegedly removed by Johnston prior to officers arriving on the scene.

Johnston appeared at a bond hearing Thursday, and bond was issued at $50,000.

His next court date is scheduled for Feb. 15.