Fourth of July weekend is historically a violent one in Chicago, but community groups and city leaders are hoping for a change this year.

CHICAGO - Fourth of July weekend is historically a violent one in Chicago, but community groups and city leaders are hoping for a change this year.

On Friday, the two kicked off the holiday weekend in Englewood.

It was a slow go on South Ashland Avenue as drivers stopped for free groceries, face masks and hot food. To their surprise, the ones handing them out were the mayor and police superintendent.

Brown says it was community policing in action.

“This is a connection we're trying to make with people to show that we care and once we show we care, now we can talk about how to keep each other safe,” the top cop said. 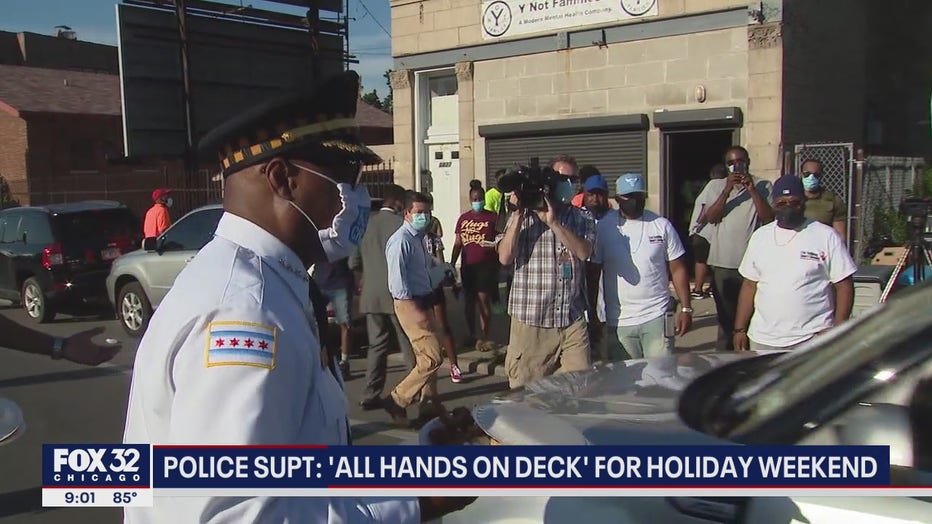 Superintendent Brown says an additional 1,200 officers will be out patrolling every day this weekend. They will be deployed around hotspots where there has been violence over the last two weekends and on the last Fourth of July.

He also says officers will seize more guns and target criminal networks, which he says are the pipelines to violence in the city.

“The police cannot do it alone and we embrace community activists coming on board, helping us tamp down the violence,” Brown said.

A total of 1,000 bags of groceries and 400 bags of masks, hand sanitizer and gloves were given out at Englewood Barbie Safe House. It was all thanks to a so-called “peace grant” from My Block, My Hood, My City to help curb violence.