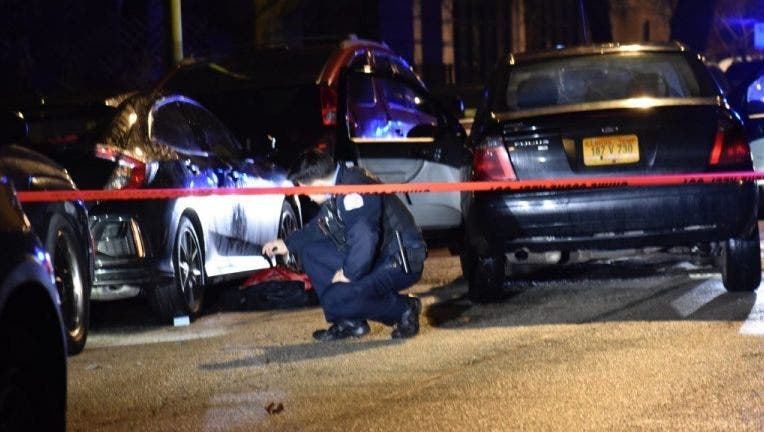 Chicago police investigate after a man was shot and critically wounded while driving Feb. 9, 2020, in the 2800 block of North Campbell Avenue in Avondale. | Carly Behm/Sun-Times

CHICAGO - Chicago saw an uptick in murders and shootings during the first quarter of 2020, compared to the same period last year, according to data collected by Chicago police.

In total, 93 people were killed in Chicago between Jan. 1 and March 31st, police said. That is a rise of about 13% compared to the 82 murders during the same period last year.

The Chicago Sun-Times also counted 93 murders so far this year.

Through the end of March, the city recorded 419 shootings, or a rise of about 22% from the same period in 2019, when there were 344 shootings, police said.

Roseanna Ander, director of the University of Chicago Crime Lab, told the Sun-Times that last year’s lower levels of crime were an anomaly because people stayed indoors more due to the especially cold winter.

Despite the higher numbers of murders and shootings, overall crime in the first quarter fell by about 4% compared to 2019, after taking into account burglaries, robberies, thefts and carjackings, police said. The overall crime in March 2020 fell about 10% from March 2019.

The drop in overall crime comes amid a statewide stay-at-home order issued by Gov. J.B. Pritzker that went into effect March 21 in an attempt to slow the spread of the coronavirus. At the end of the first weekend under the stay-at-home order, 10 people had been shot across the city, one of them fatally.

The coronavirus pandemic has not spared the Chicago Police Department. As of Monday afternoon, 50 members of the department had been infected across all three areas of the city.

Over 12,000 kits of infection control and personal protective equipment (PPE) have been distributed to districts across the city in response, police said. Those kits — which include masks, gloves, gowns and sanitizing wipes — were put together by department recruits, whose training was suspended due to the virus.