CHICAGO - More than two dozen Chicago police officers reportedly turned their backs when greeted by Mayor Lori Lightfoot late Saturday at the hospital where an officer remains in critical condition.

Chicago Police Officer Ella French, 29, was shot and killed during a traffic stop Saturday night, while her partner fights for his life at the University of Chicago Medical Center. As Lightfoot visited the hospital about midnight Saturday, about 30 officers turned their backs to her when she approached them on the 7th floor, the Chicago Sun-Times reported Monday morning.

The male officer’s father, who is a retired Chicago cop, also gave the mayor an earful when she tried to talk to him, sources told the Sun-Times. She reportedly remained calm and attentive while he blamed her for what happened.

The mayor's press office provided a statement to Fox News, saying, "In a time of tragedy, emotions run high and that is to be expected."

"The Mayor spoke to a range of officers that tragic night and sensed the overwhelming sentiment was about concern for their fallen colleagues," the statement read. "As the Mayor stated yesterday, now is not the time for divisive and toxic rhetoric or reporting. This is a time for us to come together as a city. We have a common enemy and it is the conditions that breed the violence and the manifestations of violence, namely illegal guns, and gangs. The Mayor is focused on healing the wounds and will reject any and all that try to use this moment to drive further divisions in our city."

Dozens of shooting incidents across Chicago over the weekend left 13 people dead and 73 injured. 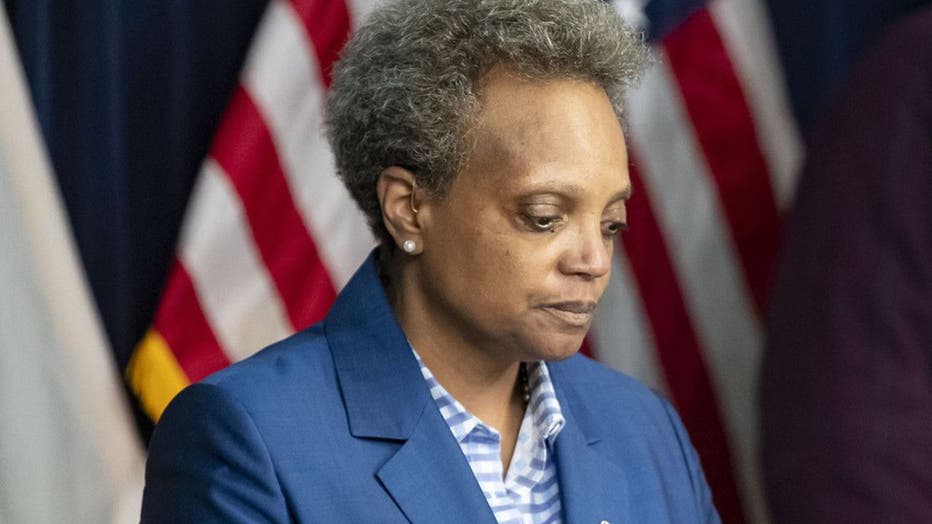 Chicago Police Department Supt. David Brown said Sunday that French, her partner and another officer were fired upon after approaching a vehicle with three occupants during a traffic stop in West Englewood on Saturday. Three suspects are currently in police custody.

Lightfoot declared Sunday a day of mourning and called for all flags to be flown at half-staff. In an earlier statement, she told critics of her treatment of police to "just stop."

CHICAGO COP FATALLY SHOT IN THE LINE OF DUTY IDENTIFIED; 3 SUSPECTS IN CUSTODY

"There are some who say we do not do enough for the police and that we are handcuffing them from doing their jobs. There are others who say we do too much for the police and that we never hold them accountable for what they do, particularly in Black and brown neighborhoods," Lightfoot said. "All of this, I say, stop. Just stop. This constant strife is not what we need in this moment. Of course, we have to continue the journey to achieve constitutional and accountable policing. That cannot be in debate at this point."

Lightfoot concluded her statement by calling on Chicagoans to "say thank you" when they see a police officer in public, adding, "We owe them a debt of gratitude that we will never truly be able to truly repay."