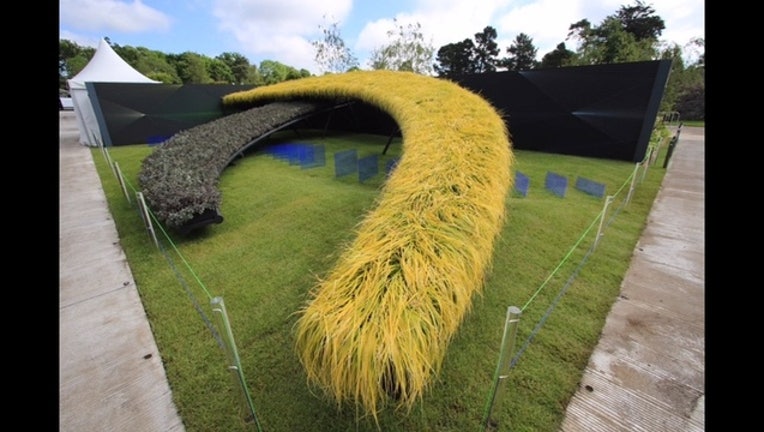 CHICAGO (Sun-Times Media Wire) - The Chicago Park District was touched by the luck of the Irish on Thursday when its “Bridge the Gap” garden won a gold medal in the Emerald Isle’s largest garden show.

The district won a gold medal at Dublin’s Bord Bia Bloom 2016 in the large garden category for its “Bridge the Gap” concept, according to the garden show’s website.

The garden, designed by Matthew Barrett, features two large plant structures that form two sides of a bridge that appear to intersect, but do not connect.

One side features plant material known for its Irish heritage and the other features plants used throughout city park district conservatories, a city spokeswoman said. Visitors “bridge the gap” when they see each other from each side.

Chicago’s entry was one of two American-sponsored gardens to win gold at the show.