Chicago pastors demand protection for those who turn in killers: ‘They’re afraid’

They say Chicago has to do a better job of catching and convicting killers, and they’re calling on Cook County State’s Attorney Kim Foxx to create a new witness protection program they say will help do just that.

CHICAGO - They say Chicago has to do a better job of catching and convicting killers, and they’re calling on Cook County State’s Attorney Kim Foxx to create a new witness protection program they say will help do just that.

FOX 32 asked Alan Scott if he believes there is somebody out there who knows who killed his daughter.

Scott's 20-year-old daughter Kaylyn had just started her modeling career when she was murdered on the South Side in 2015.

On Tuesday, Scott joined other grieving parents and more than a dozen Chicago ministers as they delivered a demand letter to the office of State's Attorney Kim Foxx.

"We are calling on State's Attorney Kim Foxx to begin a process to create a most viable witness protection program here in the city of Chicago,” one speaker said.

Witness protection is usually associated with organized crime and mobsters, like Henry Hill in the movie “Goodfellas.”

But these community leaders say it could also be a tool to improve Chicago's abysmal 21-percent homicide clearance rate.

"It's clear when people can get away with murder there will be more murders. It's just that simple,” said Reverend Ira Acree.

They say that offering witnesses shelter, relocation and police protection, while expensive, would encourage more people to cooperate with police and testify in court.

"People are afraid. They want to talk. They want to help, but they're not just intimidated. They're afraid of being killed. And we're not protecting them,” Reverend Michael Pfleger said. 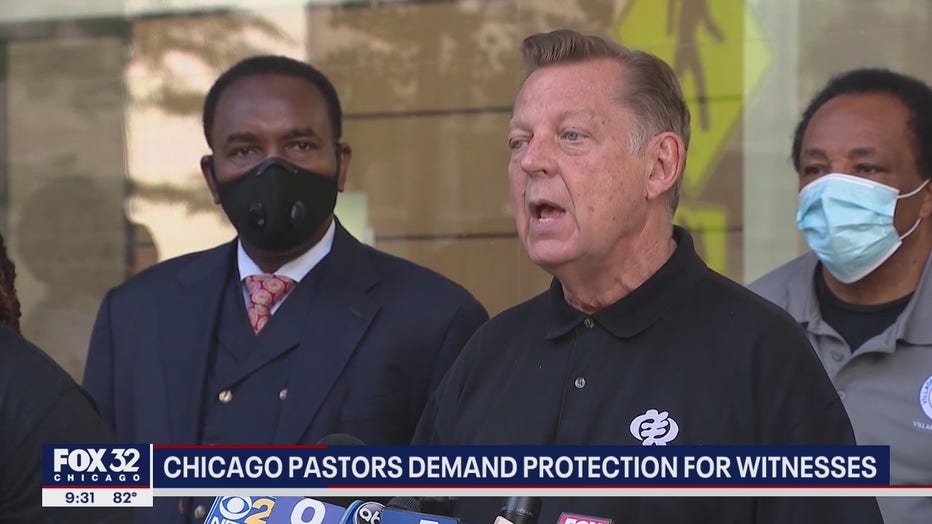 "There are people who know who killed my son. And they will not come forward because they do not feel protected,” said grieving mother Sharita Galloway.

The state's attorney's office does on rare occasion provide protection for witnesses, with Foxx saying: "The safety of those who have been involuntarily engaged in the criminal justice system is paramount to the work of our office. I look forward to working closely with city and county officials to increase essential protections for everyone."

"Find the money. Because you pay one way or the other,” Rev. Acree said.