Chicago police and city prepare for threat of looting, unrest

City salt trucks, along with some police presence, were spotted downtown Monday night. It is a sight we have seen several times over the last year during times of unrest.

CHICAGO - There are growing concerns of civil unrest on the streets of Chicago.

Sources tell FOX 32 News that police are monitoring social media threats to loot businesses along the Mag Mile. If you live in Chicago, you may have gotten alerts Monday from the city's Office of Emergency Management regarding preparations for possible unrest.

The city says that police have no "actionable intelligence," but are monitoring events nationwide in regards to a shooting in Minnesota on Sunday where a 20-year-old Black man was killed by police.

The preparations also come less than 24 hours after a Nordstrom store on Michigan Avenue was broken into.

"If there’s one lesson that we learned from the looting last year in May and August, once it starts it’s like a snowball down a hill and it’s almost impossible to stop," said downtown 2nd ward Alderman Brian Hopkins.

He says the key is prevention.

"The police are training for it, they are going over tactical plans and tonight deploying assets into downtown area," Hopkins said.

FOX 32's cameras spotted salt trucks near the Mag Mile, used to block traffic if needed, and businesses were starting to board up. Crews were busy putting up plywood at the Nordstrom Rack near Rush and Chicago. 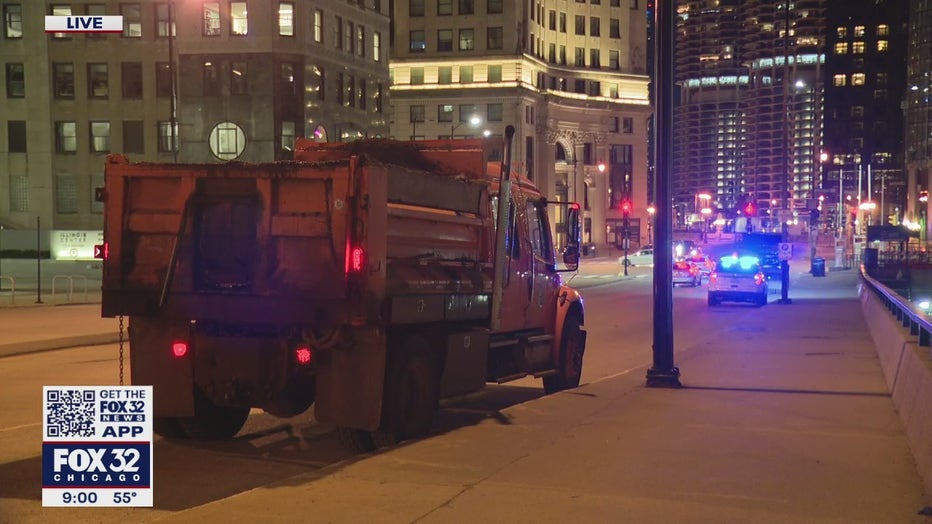 Earlier in the day, Nordstrom suffered a smash and grab which resulted in one arrest. Kendrick Adams now faces a burglary charge after police say he and two or three others shattered the front door, stole merchandise and fled.

"That could've been the spark that initiated the powder keg, another round of mass looting, but it didn’t happen," said Ald. Hopkins. He credits the police department’s heavy response to the Monday morning Nordstrom smash and grab.

About 40 minutes after the Nordstrom was hit, police say another store was hit in the Back of the Yards neighborhood. Police also made an arrest in that incident.

Police are investigating these as separate burglaries.