Chicago police are taking a hardline stance against looting.

CHICAGO - Chicago police are taking a hardline stance against looting.

CPD Supt. David Brown said he is deploying 1,000 extra officers this weekend to deter looting after businesses were hit early Monday in downtown and other neighborhoods.

He said the Chicago Police Department would be testing deployments downtown Thursday night and is prepared to use every method possible to stop looters.

The Magnificent Mile was loaded in the evening with squad cars and officers on foot and bikes to prevent any more looting from occurring. This comes after widespread looting and civil unrest took place early Monday morning where more than 100 people were arrested and several officers were injured.

“We are going to deploy all tactics necessary to prevent and stop looting. [That may mean] deploying spike strips to puncture your tires,” Supt. Brown said. “We’ve increased our numbers, we have extended our hours that our officers work. There’s an increase of 1,000 officers that would normally be here.”

“If you are going into stores that have been broken into in an attempt to loot, CPD is going to arrest you,” Brown said. “We are deploying all tactics necessary to prevent, stop and prosecute looters. We will work tirelessly to get this right for our residents.”

State’s Attorney Kim Foxx on Thursday said she her office has filed 42 felony cases against people accused of looting earlier this week.

“We want to send a message to these looters, if you’re listening, we’re committed to finding you if you escape” and prosecute you, Brown said. “We are committed to prosecuting looting in this city.”

Not everyone was pleased with what the police superintendent had to say.

"11 o'clock is when everyone converged. Are they prepared for something like that? I've seen police a lot in our area. I've never seen them so unprepared for what happened [the other night]," said small business owner Mo Zahid. 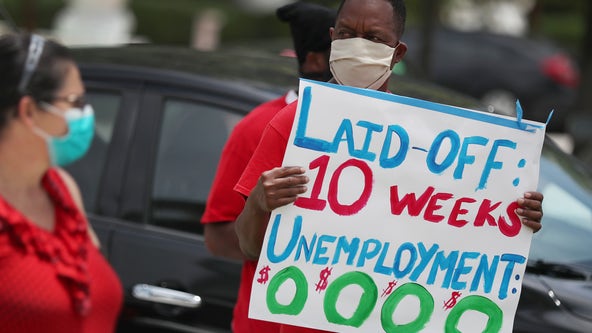