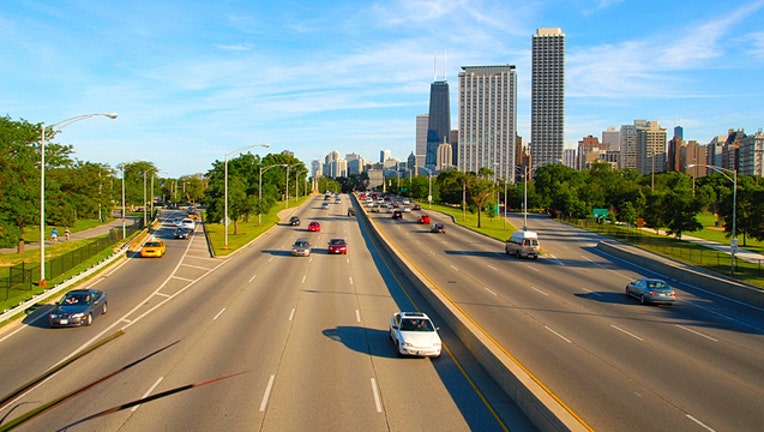 CHICAGO (Sun-Times Media Wire) - Chicago Police will increase their presence on Lake Shore Drive for the remainder of the holiday weekend after two deadly incidents on the North Side within 24 hours, First Deputy Supt. John Escalante said Sunday morning.

Chicago Police districts along the Drive will add patrols and officers in the area over the next couple of days, police spokesman Anthony Guglielmi told the Sun-Times.

A woman was killed and a man injured early Sunday when they were struck by a truck in the 600 block of North Lake Shore Drive as they were running from an armed robbery, police said.

Pamela Johnson, 32, and a 43-year-old man were walking about 1:40 a.m. when they were approached by a group of males, at least one of whom had a gun, according to police and the Cook County Medical Examiner’s Office.

The group announced a robbery and the victims tried to run away across the Drive but were hit by a pickup in the southbound lanes near Huron Street, police said. Both were taken to Northwestern Memorial Hospital.

Johnson, who lived in the 9100 block of South Marquette, was pronounced dead at Northwestern, police said. The man’s condition was stabilized.

About 24 hours earlier, 15-year-old Veronica Lopez was killed and a 28-year-old man was wounded in a shooting in the 2400 block of North Lake Shore Drive, authorities said.

Lopez and the man were in a vehicle near Lincoln Park about 1:30 a.m. Saturday when a black Nissan pulled alongside them and someone inside opened fire, police said.

They took themselves to Presence Saint Joseph Hospital. Lopez was transferred to Advocate Illinois Masonic Medical Center, where she was pronounced dead at 2:59 a.m., authorities said. She lived in the 5100 block of West Fullerton.

The man was shot in the arm and suffered a graze wound to the head. His condition was stabilized.

Guglielmi said Lopez does not appear to be the intended target of the shooting. The two people in the car with her during the shooting are both documented gang members, and investigators believe the shooting was either gang- or road rage-related.

As of Sunday morning, 40 people had been shot across the city over the Memorial Day weekend, four fatally. Last year over the holiday weekend, 55 people were shot in Chicago, including 12 fatally.