CHICAGO - Chicago Police Officer Ella French was laid to rest at Queen of Heaven Catholic Cemetery in Hillside on Saturday. 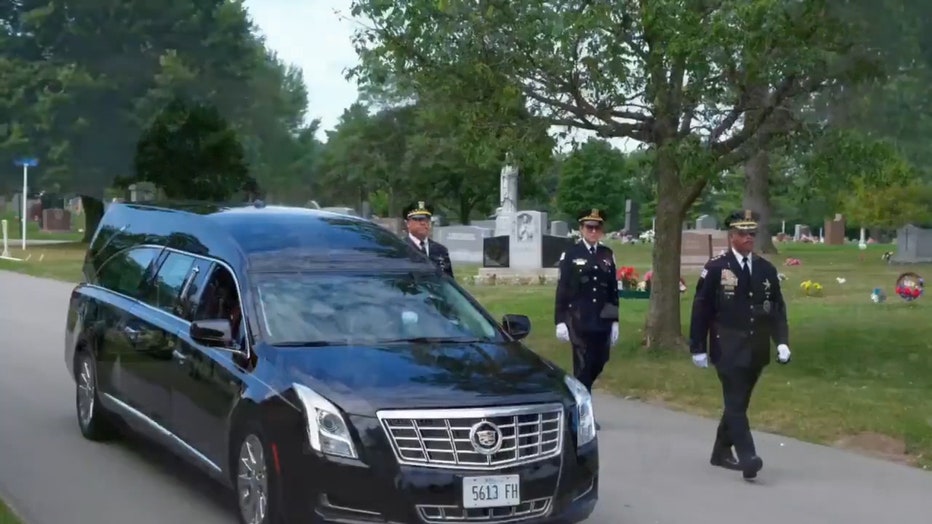 More than two dozen Chicago police officers turned their backs when greeted by Mayor Lori Lightfoot late Saturday at the University of Chicago Medical Center, where Ella French’s partner remains in critical condition. Asked to address the officers' protest, Lightfoot lamented that "we are living in a time where people don’t respect each other."

Anjanette Young, who is suing the city over a botched 2019 police raid at her home, says she is mourning the loss of Chicago Police Officer Ella French — the only officer who showed her "dignity or respect" that night.

As tradition dictates, bagpipes were playing as a casket containing the body of 29-year-old Chicago Police Officer Ella French was carried by her fellow officers Thursday.