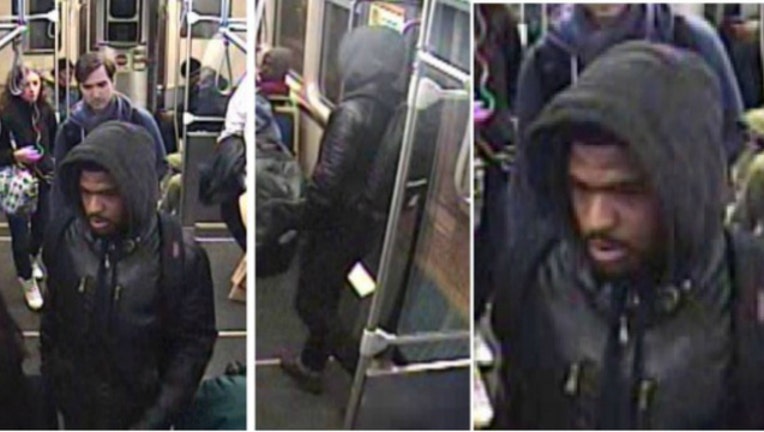 Surveillance photos of the suspect in a robbery on the Red Line on March 29. | Chicago Police

CHICAGO (Sun-Times Media Wire) - Chicago Police are searching for a suspect in a robbery on the Red Line in the Loop more than two weeks ago.

The robbery happened at the State and Lake station at 8:58 a.m. on March 29, according to the community alert from Area Central detectives.

The suspect approached the person, who was sitting down in a seat, grabbed at least one item from their bag and ran from the train, police said.