CHICAGO - Police are looking to identify three males suspected of robbing and assaulting a man Thursday on a CTA platform in the Loop.

The trio approached the man about 5:00 a.m. at the Washington Brown Line station and grabbed him by the neck, according to Chicago police. The suspects demanded the man's wallet before physically taking his property by force.

The suspects were described as 18- to 20-year-old Black men. 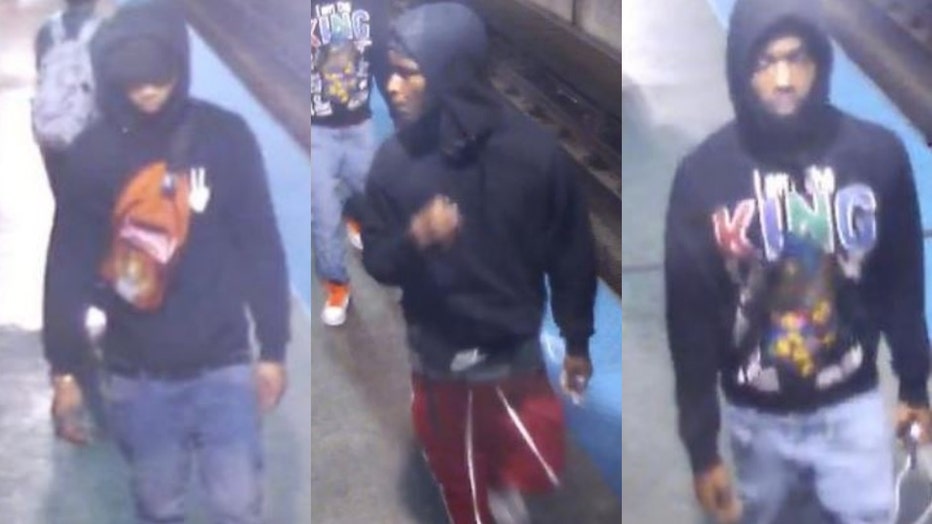 Surveillance images of men suspected of attacking someone Thursday morning, at the Washington Brown Line station in the Loop. (Chicago Police Department)

Anyone with information should call Area Central detectives at 312-745-4443.