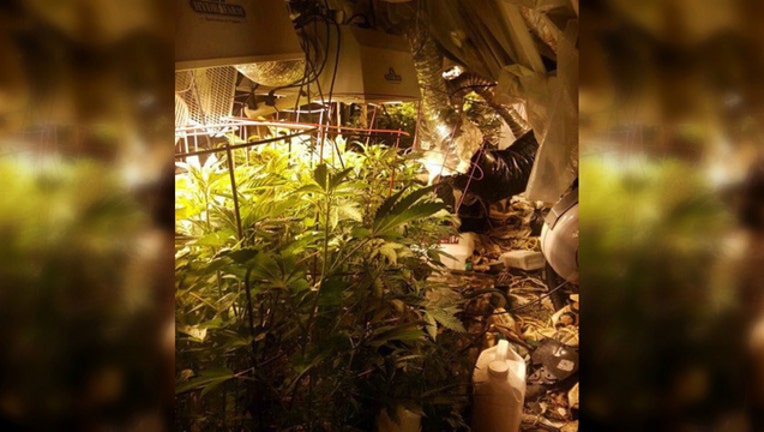 CHICAGO (FOX 32 NEWS) - Chicago police seized 55 marijuana plants, $1,600 in cash and a stash of weapons from an Avalon Park home during a raid Thursday.

Police obtained a search warrant for the residence of Robert C. Bearden III, who was arrested and charged on three counts, according to a press release.

In addition to the dozens of marijuana plants, police seized a 9mm handgun, a shotgun and ammunition from the 8000 block of S. Harper.

Bearden was charged with felony counts of producing between 50 and 200 cannabis plants, and manufacturing/delivering more than 5,000 grams of cannabis, according to CPD. He also faces a misdemeanor charge of possessing drug paraphernalia.