Underground parties where unlicensed weed is sold and consumed have become increasingly common in Chicago. Yet the events are now testing the limits of cannabis enforcement in a state that legalized recreational sales well over two years ago — but still has strict restrictions on who can sell and where users can smoke.

Although regulated dispensaries have sold more than $3.5 billion in medical and recreational weed to date, experts agree the black market remains king. Meanwhile in other legal states, like California and New York, robust gray markets have emerged as officials have in some cases turned a blind eye to unlicensed sellers cashing in on the so-called green rush.

The crackdown in Chicago started around 8:30 p.m. on May 29, when vice officers and officials from the city’s departments of Buildings and Business Affairs and Consumer Protection showed up to inspect the Smoking Buddha Shop, a bong store located at 972 W. 18th St. in Pilsen. Elisa Sledzinska, a BACP spokeswoman, said an event at the shop had been advertised online.

The store’s owner, 48-year-old Aldo Zambrano, initially stopped officials from entering and demanded a search warrant but relented after learning he had to comply with the inspectors, according to an arrest report. Zambrano couldn’t be reached by the Sun-Times and no one answered a phone number listed for the store.

Investigators then uncovered mason jars with an estimated 500 grams of cannabis and "a large quantity" of pot-infused edibles. "All items appeared to be packaged for resale and most items were on display on a table with a banner labeled ‘Toasty Treats Chi,’" according to the report, which notes the edibles had illegal levels of psychoactive THC. 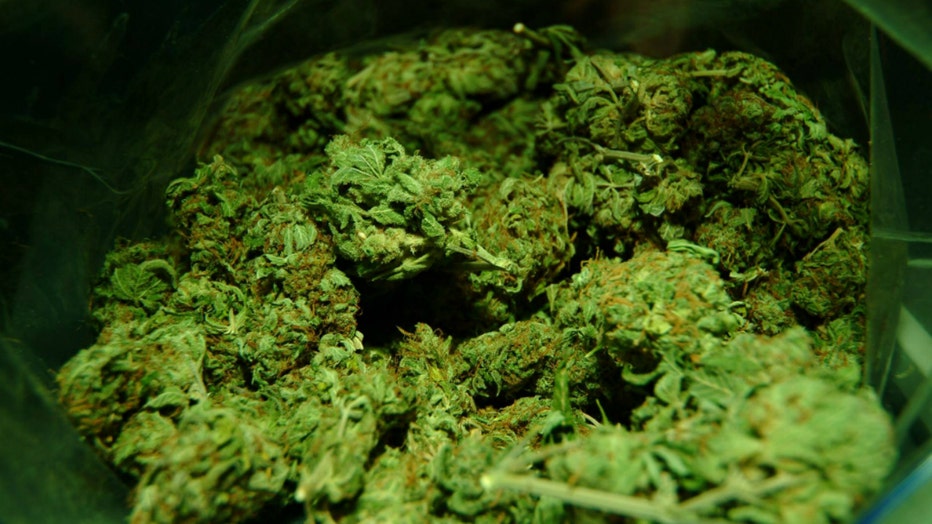 The report states that baggies "packaged consistent with distribution" were also found to contain an estimated 90 grams of hallucinogenic mushrooms, while more pot-infused products were found in "various locations throughout the store."

BACP issued 12 citations and three cease-and-desist orders to the store, though Sledzinska would only say the enforcement was related to "tobacco violations" and operating without food, liquor and public place of amusement licenses. The arrest report further notes that one citation was doled out "for illegal conduct."

Zambrano was arrested and later charged with felonies for manufacture or delivery of cannabis and possessing mushrooms, court records show. He was granted a recognizance bond on May 30.

City notices indicating the store had been shut down were still posted on the business Monday. 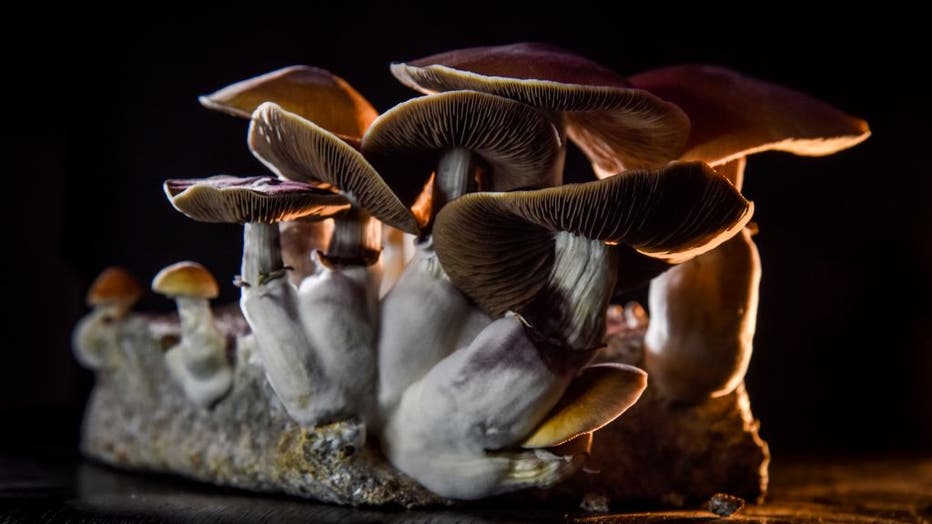 WASHINGTON, DC - FEBRUARY 5: A DC resident has an operation growing psilocybin mushrooms, including these Psilocybe cubensis mushrooms, in Washington, DC, on Monday, February 5, 2020. With the legalization of marijuana, advocates are now pushing for

Joslin Velasquez, 25, of Chinatown; Christian Calderon, 26, of Gage Park; James Hart, 36, of Alsip; and Jennifer Hernandez, 50, of River Grove, were all charged with felony counts of manufacture or delivery of cannabis, officials said. Velasquez and Hart were also hit with additional felonies for having mushrooms.

Velasquez, Calderon and Hernandez were released on their own recognizance. Hart, who has prior gun and human trafficking convictions, was ordered held on $25,000 bail.

"Dare I say, if you’re gonna do a pop-up store, perhaps one that sells legal items, at least ones you’re licensed to actually sell," Judge Charles Beach told Velasquez, Calderon and Hernandez.

Margo Vesely, the executive director of the Illinois chapter of NORML, a nonprofit that advocates for cannabis-related reforms, said she follows people involved in the "underground trade" and recently noticed that some were closing up shop or requiring buyers to have a mutual point of contact.

Vesely remained neutral on the issue and wouldn’t take "one side or another," but she empathized with those "from the illicit, legacy market" and said she hopes they can go legit.

"It’s a struggling world out there right now after this pandemic," she said. "People are struggling to find the means to be able to afford the things that they need with the low pay that’s being offered by regular 9-to-5 jobs."