A Chicago police sergeant has been charged with aggravated battery for allegedly kneeling on the back of a 14-year-old boy he thought was stealing his son’s bicycle outside a Park Ridge Starbucks last month.

PARK RIDGE, Ill. - A Chicago police sergeant pleaded not guilty Thursday to felony charges after he allegedly kneeled on a teenage boy outside a Starbucks in northwest suburban Park Ridge this summer.

Sgt. Michael Vitellaro, 49, was relieved of his police powers last month after video surfaced showing him kneeling on the back of a 14-year-old boy who he thought was stealing his son's bicycle on July 1.

Vitellaro faces felony counts of official misconduct and aggravated battery in connection with the incident, according to the Park Ridge police. He is due back in court Oct. 19, prosecutors said.

The teen’s parents released a statement Thursday afternoon through their attorney, saying they weren't surprised by Vitellaro's pleas.

"We were not surprised by the not guilty pleas today and it was definitely emotional to be in the same room as this individual for the first time. Our family continues to feel so supported by our community and we will continue to show our solidarity until justice is served," Angel and Nicole Nieves said in a written statement. 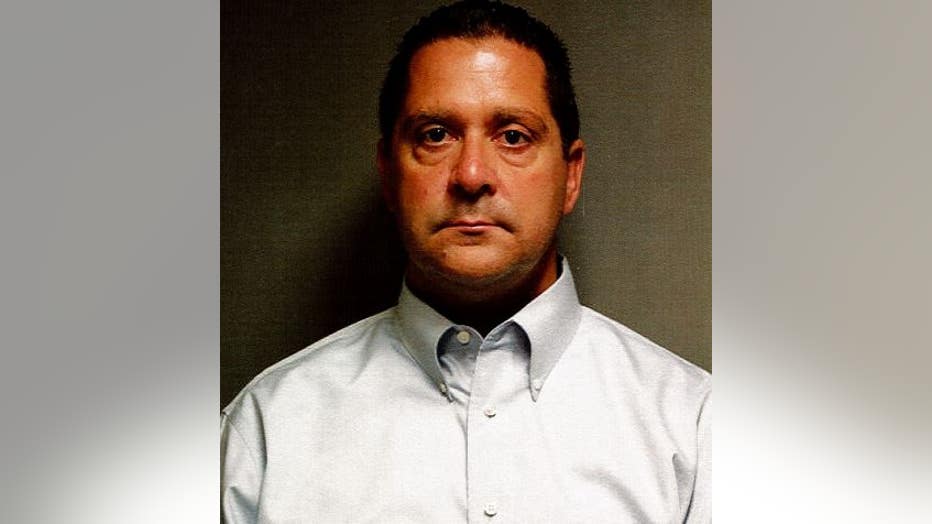 During a court hearing last month, Assistant State’s Attorney Mary McDonnell said Vitellaro was informed around 5:15 p.m. on July 1 that his 13-year-old son’s bicycle had been stolen from the Park Ridge Public Library and had been spotted near the Starbucks at 100 S. Northwest Highway.

When Vitellaro arrived, he waited around hoping to catch the person who stole the bike, McDonnell said. The teen was sitting on his own bike nearby with a group of his friends.

When the boy touched the bike belonging to Vitellaro’s son, Vitellaro approached him, grabbed his forearm and pushed him to the ground, McDonnell said. Vitellaro then put the boy in an "arm bar" and placed a knee on his back.

The video shared by the boy's family shows the boy’s friends surrounding Vitellaro and yelling at him to get off.

The friends yell back, "No, he’s not," as they help pull the boy from the ground.

McDonnell noted that the boy asked Vitellaro repeatedly to let him go. During that time, Vitellaro called 911 and told the dispatcher he was a cop, McDonnell said.

When a bystander asked Vitellaro why he was on top of the boy, he continued to insist the teen had stolen his son’s bike, McDonnell said. After allowing the boy to stand up, Vitellaro followed him as he walked away crying and pleaded with the sergeant to "get away from him."

When officers from Park Ridge arrived, Vitellaro pointed out the boy and identified him as a bike thief, McDonnell said. But video surveillance apparently shows the boy didn’t take the bike, which was already outside the Starbucks when he arrived.

The following day, Vitellaro filed Chicago police reports and labeled the incident as an "off-duty arrest." He described the teen as the "offender" and claimed the boy pulled away and didn’t respond to directions.

Vitellaro was relieved of his police powers last month, a Chicago police spokesperson said. The police department and the Civilian Office of Police Accountability are both investigating his actions.

Vitellaro’s attorney, James McKay, said the sergeant’s son has a rare blood disorder and had his bike swiped when he wasn’t looking. McKay said Vitellaro saw the boy hop onto the bike, leading him to believe the teen was the person who stole it.

Vitellaro used his police training to detain the teen, according to McKay, who said his client called 911 and cooperated with police throughout the investigation. McKay claimed Vitellaro "gently" placed his knee on the boy’s back, noting that the teen refused medical attention.

McKay described his client as a "dedicated public servant" and longtime Chicagoan who earned a master’s degree and volunteers at Ebinger Elementary School in Edison Park.