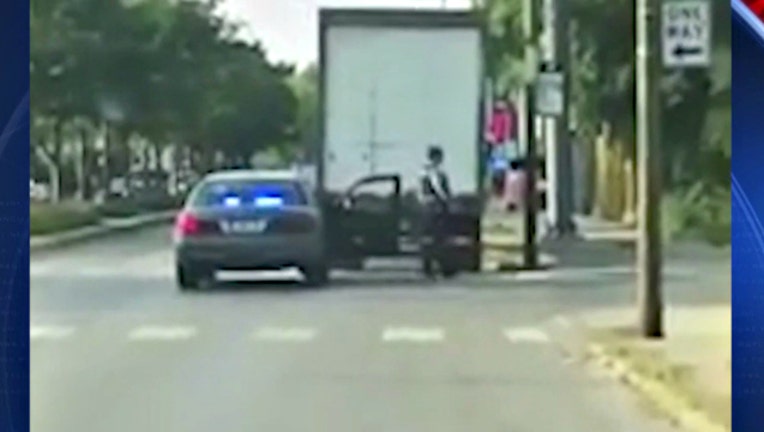 CHICAGO (AP) - Civil rights activists and local aldermen are criticizing a joint investigation by Chicago police and the Norfolk Southern Railroad that involved using a truck loaded with goods to lure potential thieves.

Residents of the city's Englewood neighborhood recently filmed police arresting a man and accused officers of trying to entrap poor residents with the truck.

An arrest report from the incident says Chicago police have been was working with railroad police to crack down on thefts from freight containers in rail yards, especially gun thefts , and nearby areas on the city's South Side.

Norfolk Southern Railroad police spokeswoman Susan Terpay defended the investigation, dubbed Operation Trailer Trap, saying such stings are used by law enforcement to crack down on patterns of thefts in certain areas. She says three people were arrested during the operation.

"The suspects saw a parked, unmarked trailer and then proceeded to cut open the safety seal with box cutters, broke into the back of the trailer and only then did they find retail shoes in unmarked brown boxes, previously secured and hidden inside," Terpay said.

Ald. Roderick Sawyer, who chairs the City Council's Black Caucus, says such operations are "an unacceptable and inappropriate use of police resources."

Karen Sheley of the American Civil Liberties Union of Illinois released a statement saying Chicago police should "focus on building trust and better relationships within the communities they serve, not engage in stunts like bait trucks."