Chicago’s restaurants will be allowed to serve limited numbers of diners indoors beginning next week, which is earlier than expected, Mayor Lori Lightfoot announced Friday.

CHICAGO - Chicago’s restaurants will be allowed to serve limited numbers of diners indoors beginning next week, which is earlier than expected, Mayor Lori Lightfoot announced Friday.

It’s an about-face from Lightfoot’s original plan to allow city restaurants to reopen July 1, and aligns Chicago with the rest of Illinois under phase four of Gov. J.B. Pritzker’s reopening plan.

“Like all Chicagoans, I am personally excited to see them take these new, cautious steps towards safely reopening, and commend their collaboration throughout this unprecedented crisis,” Lightfoot said.

On June 26, restaurants, bars and breweries all can open, but with restrictions. Restaurants will be restricted to 25% capacity, with a maximum of 50 people per room or floor, and tables must be at least 6 feet apart, with 10 people or fewer per table. The same limits apply to bars.

Illinois Restaurant Association president Sam Toia says Lightfoot’s plan doesn’t go far enough. He said he would rather see the city and state follow California’s lead in allowing restaurants to open without a capacity limit, as long as tables are spaced 6 feet apart and customers and staff are properly masked.

“We think 50% obviously is more economically feasible than 25%, with a 50 people maximum,” Toia said. “When the coronavirus hit us over 12 weeks ago, no restaurant business model was ever put in place to go 12 weeks with no sales or 20 to 30% of the sales you’re doing a year ago.” 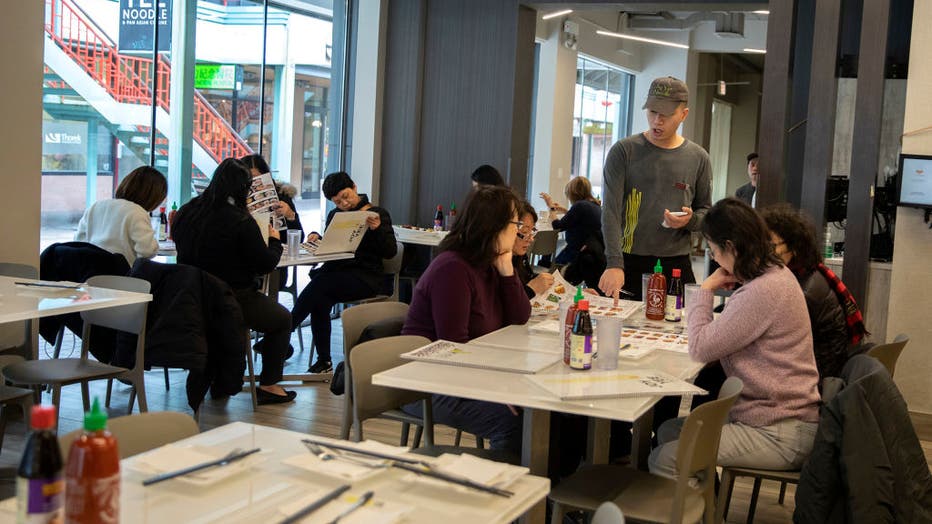 The Illinois Department of Public Health on Friday announced 692 new cases of COVID-19, the disease caused by the coronavirus, and 44 deaths. The state has reported 135,470 cases in total.