CHICAGO - The girlfriend of a Chicago rapper who had faced multiple domestic violence allegations has been charged with murder after she allegedly shot him during an altercation last weekend in Gresham.

Brianna Gibbs, 28, was arrested in Bronzeville six hours after she allegedly shot Tyrone Pittman on Sunday morning, according to Chicago police.

Pittman, 27, performs as Johnny May Cash, and is the brother of Young Chop, a rapper and producer known for his work with Chief Keef.

In custody, Gibbs told detectives that Pittman hit her and pulled a chunk of her hair out before she shot him, Cook County prosecutors said in court Tuesday. 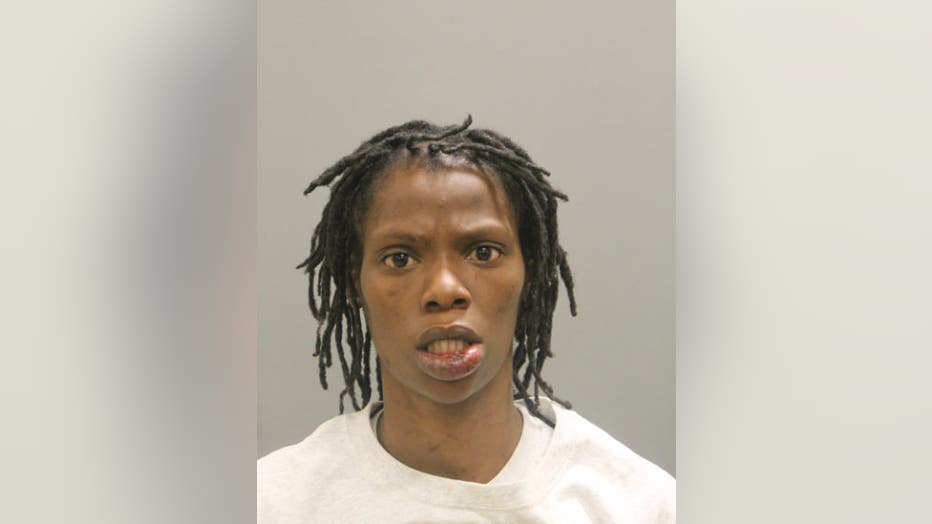 An assistant public defender said the shooting was "clearly self-defense" and noted Gibbs was treated for a split lip that required "numerous" stitches and has bruises on her chest and legs.

Judge Susana Ortiz agreed that the case appeared to have a strong self-defense claim and ordered Gibbs’ bail set at $100,000.

Gibbs quietly answered "yes" when the judge asked if she understood she could not possess a weapon and could not speak to any witnesses in the case if she is released as the case continues.

Police responded about 2:20 a.m. on Sunday to a Shotspotter alert in the 8400 block of South Aberdeen Street and found four spent 9-mm shell casings, but neither Gibbs nor Pittman were still on the scene, Assistant State’s Attorney James Murphy said in court.

Police later learned that a friend had taken Pittman to Little Company of Mary Medical Center in Evergreen Park after he was shot in the thigh by his girlfriend, Murphy said. 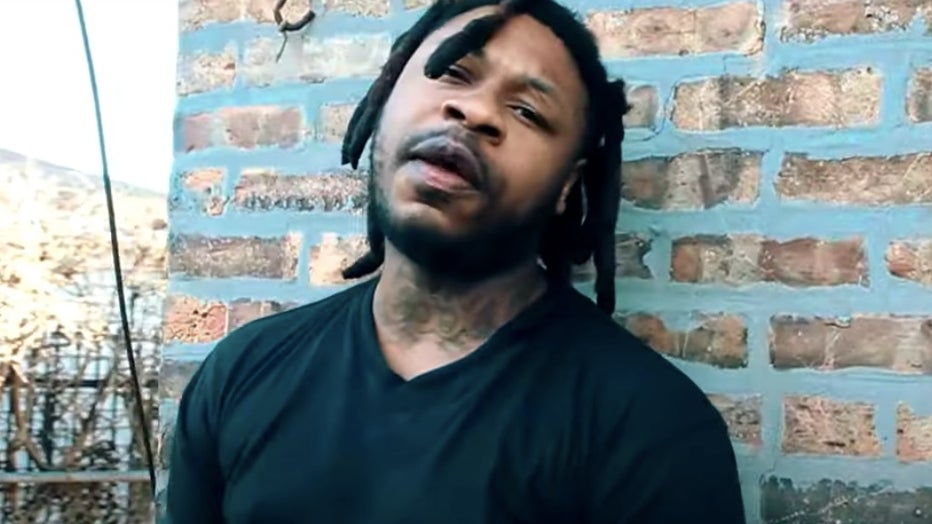 An image taken from a music video for the song "Early Tomorrow" by rapper Johnny May Cash, who was fatally shot Sunday in Gresham. | YouTube

After the shooting, Gibbs flagged down a car and was driven to her aunt’s house, where she told family that Pittman "beat her up again" and she was taken to a hospital, Murphy said. After taking a domestic violence report, officers learned that she was a suspect in Pittman’s death.

In custody, Gibbs told detectives that she had argued with Pittman and he had hit her multiple times in the face and body outside his bungalow-style home, before he grabbed her and pulled her inside, Murphy said.

Gibbs allegedly said she picked up Pittman’s gun when he dropped it during the altercation and went outside to stand on the porch.

She had lost her cellphone inside and asked Pittman to bring it to her, deciding she would shoot him if he "came out aggressively at her," Murphy said.

When Pittman came outside she fired multiple times, causing him to fall back into the doorway, Murphy said. She took her phone and then fired another shot from beyond the front steps before leaving, Murphy said.

Gibbs had flagged down police two weeks earlier on April 4 and reported that Pittman had struck her, and she asked for help getting her things from his home, Murphy said.

In January, a video uploaded to YouTube showed Pittman punching Gibbs and slamming her body into a wall "with such force that plaster can be seen falling in front of the camera," Murphy said.

Gibbs has no arrest record and is the mother of two children who works from home in advertising, her attorney said.

Pittman’s death was "due to his own actions" which "allowed [Gibbs] to use deadly force" to protect herself, the attorney added.

Gibbs was due back in court May 9.