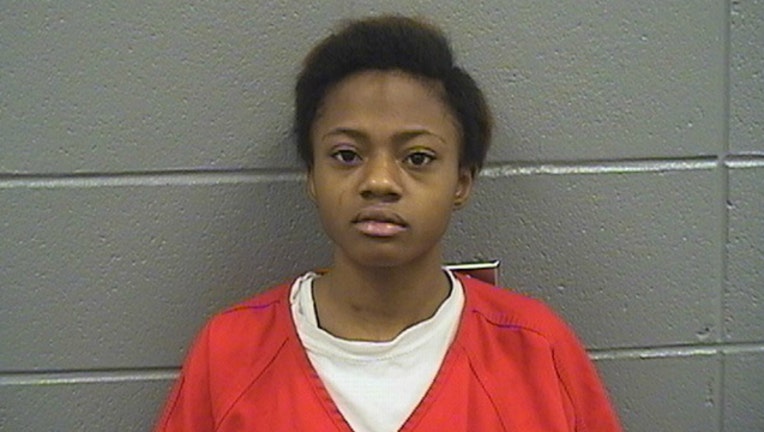 SUN-TIMES MEDIA WIRE - A woman who live-streamed herself and a trio of friends abusing a mentally disabled man and taunting him with racial insults was sentenced to probation Friday after spending nearly a year behind bars.

Brittany Covington, 19, had been held at the Cook County Jail without bond since January, when she and co-defendants Tesfaye Cooper, Jordan Hill and her 24-year-old sister Tanishia Covington were arrested on kidnapping and hate-crime charges.

The plea deal prosecutors made with Brittany Covington makes her the first of the four to be released, though she will remain on probation for four years and is barred from contact with Cooper and Hill, the Chicago Sun-Times is reporting.

Brittany Covington narrated Facebook Live video of the others tormenting an 18-year-old white man in the apartment she shared with her sister.

The victim, a Crystal Lake man who had been classmates with Hill at a west suburban alternative high school, appears terror-stricken as he was taunted with racially-tinged insults — including calling him a supporter of then-President-elect Donald Trump. Hill and Cooper allegedly cut his clothing with a knife, punched and kicked him. In other video, the man was forced to drink water from a toilet bowl.

The videos drew outrage from across the nation, with then President Barack Obama, in his last weeks in office, condemning the acts as “despicable.”

The saga began on New Year’s Eve, when Hill had picked up the victim, at a Streamwood McDonald’s, driving a van he had stolen earlier that day, prosecutors said. They drove around visiting friends for about three days, police said. The victim slept in the van.

At some point, the victim got into a “play fight” with Hill in the Covington sisters’ apartment in the 3300 block of West Lexington on the West Side. The “play fight” escalated to the defendants binding the victim and battering him in a corner of the apartment, police said.

When a woman who lived in the building complained about the the noise and threatened to call the police, the sisters kicked in the woman’s door in anger and took some of her property, police said. While the others had run to the other apartment, the victim managed to escape, and police found him, wearing shorts and his torn clothing in the January weather, a block away. Streamwood police officials say the victim’s parents had made a missing-persons report after their son didn’t return home.

During the Streamwood police investigation, the victim’s parents started “receiving text messages from persons claiming to be holding him captive,” officials said.

Plea negotiations are ongoing with her three co-defendants, all of whom also have been in custody.