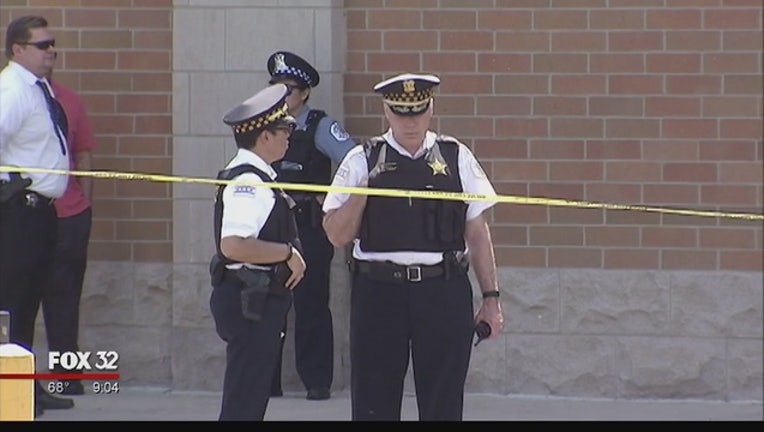 CHICAGO (AP) - Shaquisha Gibson-Posey pulls out a grisly cellphone photo of her murdered brother whenever her 15-year-old son complains of being cooped up in the house. This is why you can't go out in the neighborhood this summer, she tells him.

Treshaun Carr takes special precautions when he walks down the street, walking only on the driver's side of parked cars so it's less likely someone can jump out and shoot him.

Miyoshi Bates was sad but relieved when her son decided not to come home from his out-of-state college when classes ended last month.

Summer is arriving in Chicago, and those who live in the city's most violent neighborhoods are bracing for what comes with it: a better chance of getting killed.

In any season, a half-dozen small communities on the south and west sides are dangerous places to be, accounting for more than half of Chicago's violent deaths in only a fraction of its 230 square miles. But as nearly 400,000 young people pour out of school for their three-month vacation, the streets of North Lawndale, West Garfield Park, Englewood and several other neighborhoods become an especially target-rich environment for those with scores to settle, drug territories to protect or frustrations to vent.

With the city's homicide toll already up by 98 over the same period last year, those who live in these communities and the organizations that serve them are deploying survival tactics to get through the summer — when people flee their sweltering homes to sit on the porch, cook out in the yard or play basketball in the park. Last summer the monthly murder toll peaked at 62 before dropping to 30 in October.

"It could be a bloodbath," said the Rev. Marshall Hatch, a minister in West Garfield Park, where homicides have roughly tripled since last year. "It is frightening to think about."

Aishia Dawson is battening down. Her well-tended brick house on the south side is in a once-bustling blue-collar community of factories, steel plants and blues clubs that is now lined with boarded up buildings. Knots of men gather on corners and porches, underscoring that one in four adults is out of work.

It's too late for Dawson's 18-year-old son, Deionte Harris. He was shot to death in September a few blocks away when someone opened fire on a group he was talking with.

Shaquisha Gibson-Posey plans to send her teenage son, Londell Easley Jr., to stay with family in Milwaukee and stock up on video games for when he's home. To make her point with him, she wields the morgue photo of her brother whose face was obliterated by a shotgun blast in 1992.

"He can't be a 15-year-old kid," Gibson-Posey said. "He loves basketball but I won't let him go out there (because) they are shooting up playgrounds. He's miserable."

The city's 294 homicides so far this year already are more than New York's and Los Angeles' number combined. Oft-mentioned reasons include high tensions among local gangs, whose membership numbers in the tens of thousands, and suspicions that police may have backed off after several highly publicized shootings by officers.

And the steady drumbeat of killings last month — 66 in all, more than in any May in the last two decades — served warning.

The victims included 13-year-old Leonardo Betancourt, who was riding in the back seat of an SUV with two older boys, both gang members, when someone in another car opened fire. Killed in another incident was Lee McCullum III, 22, who was featured in the 2014 CNN documentary "Chicagoland," about efforts at Fenger High School to keep young people in school. McCollum, the prom king, was one of the success stories, celebrated for being accepted to college. He was found shot in the head on May 12 after drifting back into the gang life, police said.

Community groups are scrambling to find more safe places for children to spend the summer days. New Beginnings Church of Chicago, in the city's Woodlawn neighborhood, has added six hours to its weekday program so that it's open from 7 a.m. to 7 p.m. On weekends, the church's rec center will stay open until 11 p.m.

"We have to do what we can to keep as many kids off the streets for as long as we can," said the pastor, the Rev. Corey Brooks.

The local park district is planning to accommodate an additional 19,000 in its camps and programs over last year's total.

For those who have to go out on the street, extra vigilance is important.

Treshaun Carr, 20, lives in one of the most dangerous areas, North Lawndale, where a 14-story brick tower marks the site where Sears and Roebuck had its massive catalogue complex after the company was founded in the late 1800s. The neighborhood hasn't changed much since 1966 when the Rev. Martin Luther King Jr. moved into a dilapidated building to show what black poverty in the North looked like. Liquor stores, dollar stores and hair salons are now most of its commerce.

When venturing outside, Carr avoids walking with others so as to avoid getting hit by gunfire intended for someone else.

"First thing on my mind — getting shot," Carr said.

Miyoshi Bates said she's sad her 21-year-old son will work in Houston over the summer rather than come home from college, but wouldn't ask him to change his plans.

"He didn't feel safe riding the bus" in Chicago, she said. Though she misses him, "I am at peace with him being away."