CHICAGO - Chicago Police Supt. David Brown did not mince his words Wednesday after the release of Jamel Danzy.

Danzy is the man accused of buying the gun used to kill Chicago Police Officer Ella French and critically wound her partner.

"I could not believe it," Brown said in a statement.

"To say that I am extremely disappointed in U.S Magistrate Judge Jeffery Gilbert’s decision to release Jamel Danzy on an unsecured bond today is an understatement. Danzy was released on a $4,500 unsecured bond and court supervision," he continued.

French and her partner were shot on Saturday during a traffic stop in the West Englewood neighborhood. Two brothers have been charged in connection to French’s death. 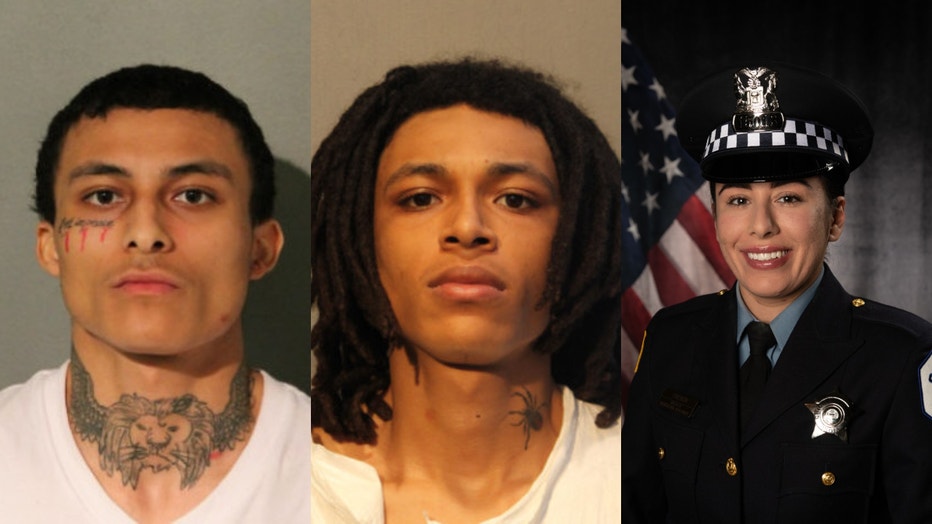 Danzy was charged with buying the gun used to kill French.

"This decision sets a dangerous precedent that straw purchasers like Danzy are not a danger to society, despite the fact that his alleged actions directly led to the murder of a Chicago Police Officer and left another in critical condition.

The outrageous abundance of illegal firearms in our city and our nation is a major factor driving the violence that is continually cutting short the lives of our loved ones and fellow human beings.

The role of the justice system, particularly that of federal prosecutors and judges is more important than ever, and by allowing Mr. Danzy to walk free the court has done a disservice to Officer French’s memory, to the entire Chicago Police Department, and to the thousands of men and women across the country who work around the clock, day in and day out to stem the violence that is plaguing our communities," Brown said.

The two brothers — Monte and Eric Morgan — are being held without bond. Monte, the accused shooter, is hospitalized in Oak Lawn after being shot by police after he allegedly opened fire on the officers during the traffic stop.

The brothers were pulled over because they had expired plates, prosecutors said.