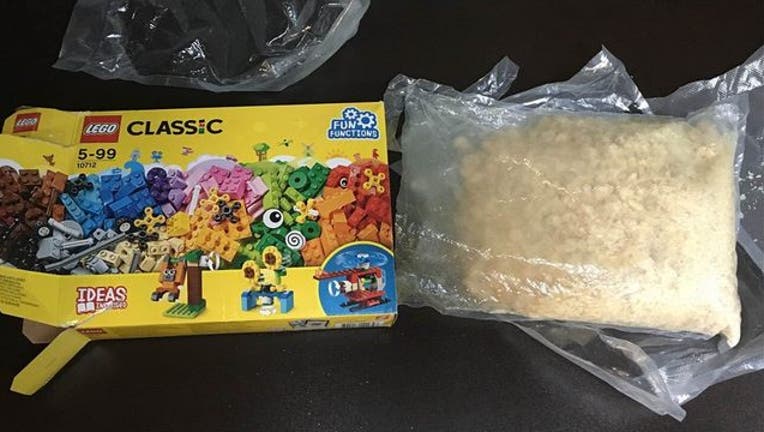 FOX NEWS - Investigators with the Bulloch County Sheriff’s Office in Georgia said a child found something other than a messy pile of colorful plastic bits in a gift from his mom. He discovered 3.2 pounds of methamphetamine -- street value, $40,000 -- tucked into what appeared to be an ordinary box of Legos.

Investigator Jim Riggs with the Bulloch County Sheriff’s Office told Fox News that a Statesboro, Ga., mother and a couple of her friends drove for about two hours to Charleston, S.C., where they bought the Legos from a consignment shop.

He said when the women returned from the trip and the mother gave her child the toy, there were no Legos to be found inside the container.

What there was, however, was a "big bag of meth."

“The methamphetamine inside of the box was vacuum sealed, and that keeps it from moving around too much and also helps mask the smell,” said Riggs. He said this was the first time his office had made such a find, “especially in this quantity.”