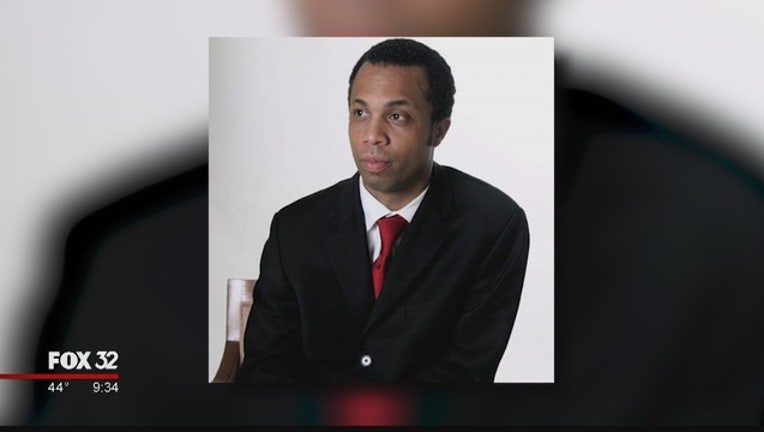 CHICAGO (Sun-Times Media Wire) - The City Council on Wednesday bemoaned, but authorized, $6.5 million in settlements for two more egregious cases of police abuse, two days after they had a barrage of questions about those cases.

They were the type of questions that had been conspicuously absent when the council approved a $5 million settlement triggered by the police shooting of Laquan McDonald, the Chicago Sun-Times is reporting.

The largest of the two settlements — $4.95 million — will go to the family of Philip Coleman. He’s the 38-year-old man who suffered from a mental breakdown, was shot 13 times with a Taser and was subsequently handcuffed and dragged from his cell by Chicago Police officers. A federal judge ruled that the incident, which was caught on video, amounted to “brute force.”

When Coleman’s parents reportedly pleaded with the officers to take their son to Jackson Hospital because of his aggressive and bizarre behavior, a sergeant told them, “We don’t do hospitals. We do jail,” Corporation Counsel Stephen Patton told aldermen during Monday’s Finance Committee meeting.

The smaller settlement — for $1.5 million — will go to the family of Justin Cook. He’s a 29-year-old man who died in police custody in 2014 after being stopped for a traffic violation. After he was handcuffed, Cook suffered an asthma attack and asked the officers for the inhaler he had in his pants pocket.

Had the case gone to trial, Patton has said six witnesses were prepared to testify that they heard Cook telling the officers he could not breathe, and that officers still denied to give him the medication he needed to stay alive.

All of the eyewitness testimony is bolstered by a 911 call from someone on the scene who told dispatchers that a “young man can’t breathe” and police “won’t help,” Patton said.

African-American aldermen were harshly criticized for signing off on a $5 million settlement to the family of Laquan McDonald — before a lawsuit had even been filed — without asking tough enough questions or seeing the incendiary shooting video.

They joined their white and Hispanic colleagues in making amends during a rare three-hour hearing that preceded Monday’s Finance Committee vote on the two settlements.

Finance Chairman Edward Burke (14th) demanded to know why police protocols put in place after the 2006 death of Christina Eilman were not followed in both cases.

Three years ago, the City Council awarded a $22.5 million settlement to the family of Eilman, the mentally ill California woman who was arrested at Midway Airport in 2006, then released in a high crime neighborhood, where she was sexually assaulted before falling or being pushed from a CHA high-rise.

Budget Committee Chairman Carrie Austin (34th) said if Chicago Police officers “had a heart” and had responded to the parents’ pleas to take Coleman to a hospital instead of a police station, he might be alive today.

“The father came to me for help and the Chicago Police Department had a deaf ear,” Austin said.

Austin noted that Philip Coleman was a “role model” for neighborhood youth in Austin’s Far South Side 34th Ward. She scolded Patton for saying that the University of Chicago graduate with a masters from UIC was “acting crazy” when police responded to the home.

“Please don’t use that language ‘acting crazy.’ You didn’t know him personally. I did,” Austin said.

Ald. Anthony Beale (9th), former chairman of the City Council’s Police Committee, said he’s “sick and tired of being sick and tired” that the Independent Police Review Authority has yet to discipline any of the officers involved in the Coleman and Cook cases.

“They were shooting an inhaler into the air while a man was dying and we’re sitting around waiting for IPRA. They should be FIRED,” Beale said, his voice rising.

He said mental health treatment is supposed to be offered to detainees “at any time” and that the policy was violated in the Coleman case.

The same is true in the Cook case, where Welch said the two officers who had just completed their probationary period violated a “clear policy” regarding administering medication to people in custody.

Although Coleman’s father has argued that the police officers’ actions contributed to his son’s death, IPRA conducted a previous investigation and found none of the officers engaged in wrongdoing in their handling of Coleman.

At the time, Fairley said she was determined to find out whether the officers had acted within Police Department guidelines and whether policy changes were needed to avoid a similar incident.

The reforms called for: a 50 percent increase in crisis intervention training for police officers — to at least one in every district on every watch; full Crisis Intervention Training certification for all field training officers and newly promoted officers; eight hours of in-service training on mental health awareness for all police officers, part of the 16 hours of training on de-escalation tactics and improved training for all 911 operators and dispatchers to help identify situations requiring Crisis Intervention Training tactics and dispatch accordingly. Dispatchers and operators will also get annual training to reinforce what they learn.

Asked this week about the progress of that training, Patton said, “You can eat an elephant if you take one bite at a time.”

Translation: Progress has been made, but a Chicago Police Department now the subject of a federal civil rights investigation triggered by the McDonald shooting has a long way to go.

Welch noted that there is “only so much space” in the police academy and only so many officers who can be pulled off the street for training at any one time in a city where homicides and shootings are soaring and police activity has plummeted.