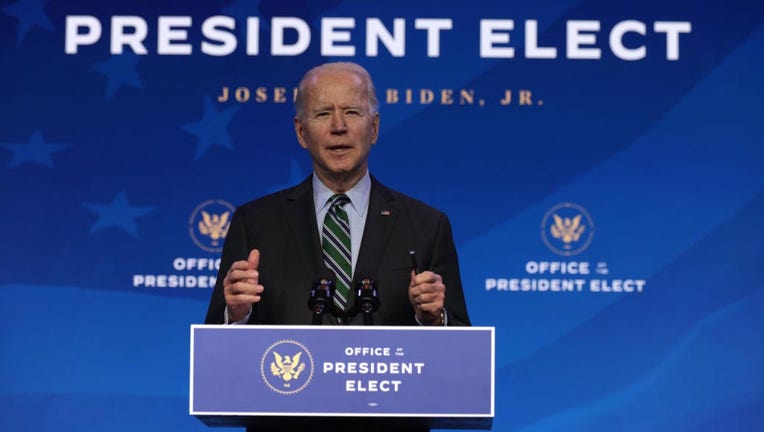 President-elect Joe Biden speaks during an announcement Jan. 16, 2021 at the Queen theater in Wilmington, Delaware. (Photo by Alex Wong/Getty Images)

CHICAGO - City Hall and the Cook County building will close Wednesday as a precautionary measure amid nationwide threats of violence on Inauguration Day.

The closures of the public buildings bordering Daley Plaza were "purely precautionary" and authorities anticipate the county will remain peaceful, the county and Office of Emergency Management and Communications said in a joint statement

Officials said they are not aware of any planned protests or gatherings in the city or in suburban Cook County related to the inaguration.

"OEMC is prepared to mobilize assets to ensure the safety of residents, neighborhood commercial corridors and critical businesses, in the event of any incidents," the statement reads.

Despite that, the city will deploy its Emergency Operation’s Center Wednesday to coordinate any public safety response if needed.

Several police agencies nationwide were preparing for violence following a deadly riot Jan. 6 carried out by people who stormed the U.S. Capitol.

The FBI warned of plans for armed protests in all 50 states ahead of President-elect Joseph Biden’s inauguration.