The family of a Chicago police officer gunned down nearly 12 years ago is frustrated to be back in court.

CHICAGO - The hearing for a man convicted of killing a Chicago police officer got underway Tuesday with prosecutors and defense attorneys sparring over the defendant's recollection of the murder.

At issue in the trial is whether Marcus Floyd was able to fairly defend himself when he went to trial for that murder in 2015.

"This is wrong," said Sandra Wortham, the officer’s sister. "This is our system that’s supposed to deliver justice for victims. My brother is the victim here. He was murdered."

Floyd said he remembers nothing from about the murder of an off-duty Chicago police officer that happened in 2010. Floyd was convicted of killing Officer Thomas Wortham IV as Wortham walked out of his parent's home on the South Side.

Witnesses said Floyd was one of four men who tried to steal Wortham's motorcycle. A gun battle ensued, killing Wortham and critically wounding Floyd who was shot six times and had a heart attack on the operating table.

The heart attack cut off blood flow to Floyd's brain for 11 minutes.

Floyd was convicted of murder five years later but his attorneys said because he suffered amnesia and claimed not to be able to recall the shooting, he was unable to assist them in his own defense.

An appeals court agreed with that argument and has ordered a new competency hearing, which is expected to last for about a week.

"I mean it’s crazy," said Sandra Wortham. "He can’t remember the murder? Because he was injured committing the murder? No." 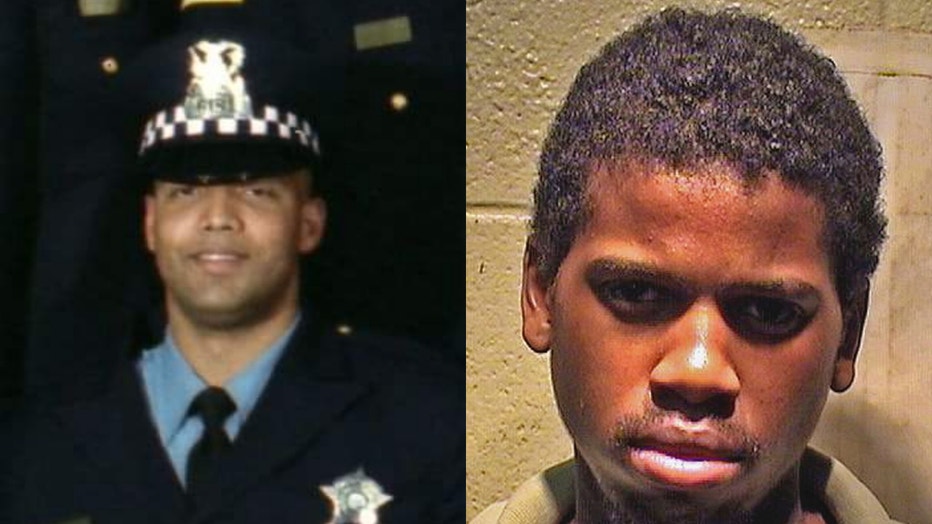 Wortham's family was in the courtroom Monday along with a number of police officers and the former head of the Chicago Fraternal Order of Police Kevin Graham.

"I don't believe that [Floyd] has amnesia," Graham said. "I believe that he doesn't want to pay for the crimes he's committed. Tom was a great police officer. You look at his life, whether it was in the military or whether it was at the Chicago Police Department, and he has contributed so much to our society and to the city of Chicago. We lost a great police officer that day and a great citizen. Certainly we need to make sure that justice prevails."

Defense attorneys countered during the opening arguments that Floyd's brain injuries were permanent and he simply can't remember what happened.

"The family is being victimized once again," said Graham. "And it is shameful that we have to be here to bring the family through such a traumatic situation. And that they have to relive their greatest loss."

Floyd’s defense team is expected to put its first witness on the stand Wednesday and the competency trial is expected to wrap up by the end of the week.

"If it can happen to us, it can happen to someone else," said Sandra Wortham. "And I don’t think what our communities want is the idea that murderers can just walk out of prison because they say they can’t remember the murder they committed."