Keontae Evans, of Berwyn, was the passenger in a vehicle that was traveling eastbound on I-390 near Meacham Road about 6:03 p.m. Nov. 3 when the shooting occurred, according to DuPage County State's Attorney Robert Berlin.

Prosecutors said another motorist did not allow the vehicle Evans was traveling in to merge. While traveling behind the victim's vehicle, Evans allegedly pointed a gun out the front passenger window and fired three to four times.

Evans' vehicle then sped up and got in front of the victim, and he fired three to four more times, breaking a window on the vehicle. 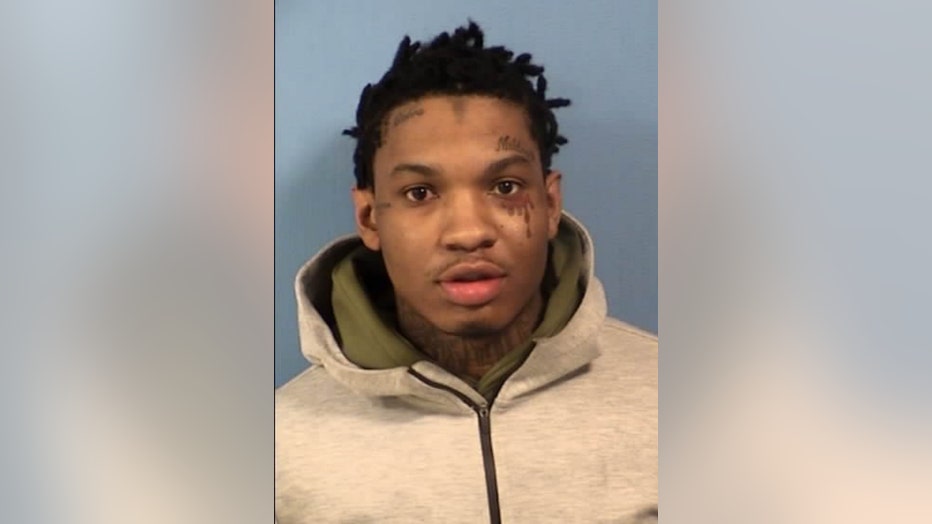 After the shooting, the victim swerved towards Evans' vehicle and struck it, causing it to leave the roadway and rollover, prosecutors said. The victim continued to drive away.

Evans was currently on parole and on bond for gun-related charges when the shooting occurred, Berlin said.

"The outrageous conduct alleged against Mr. Evans is extremely serious and will not be tolerated in DuPage County," Berlin said. "In addition to allegedly shooting at another motorist, his alleged actions endangered the life not only of his intended target and the passengers in his vehicle, but also the lives of the motoring public.

He appeared in court Tuesday where his bond was set at $200,000. His next court appearance is scheduled for March 2.