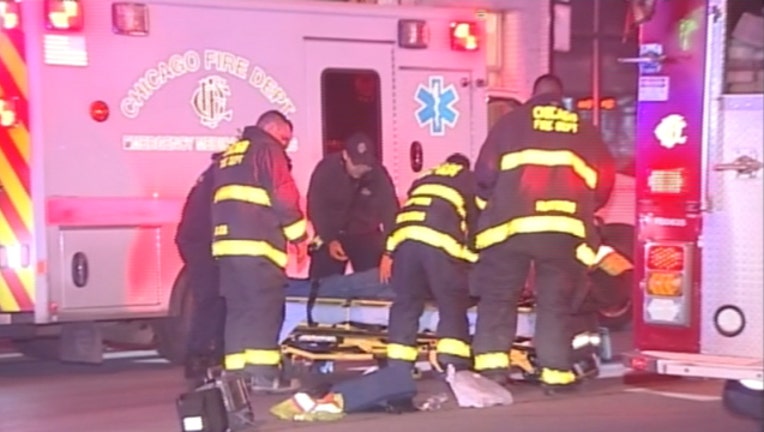 Emergency crews respond and perform CPR on a man who was stuck by a car in a crosswalk in the 3200 block of North Pulaski. | NVP News

CHICAGO (SUN TIMES MEDIA WIRE) - A 64-year-old man was hit and killed by a car Thursday night while crossing a street in the Northwest Side Avondale neighborhood, according to Chicago Police.

Shortly before midnight, a 31-year-old man was driving east on Melrose Street when he hit the pedestrian in the crosswalk while making a left turn from a stop sign to the 3200 block of North Pulaski, police said.

The older man was taken to Illinois Masonic Medical Center where he was pronounced dead, police said.

The driver was cited for failure to yield to a pedestrian, police said. CPD’s Major Accident Investigation Unit is handling the case.