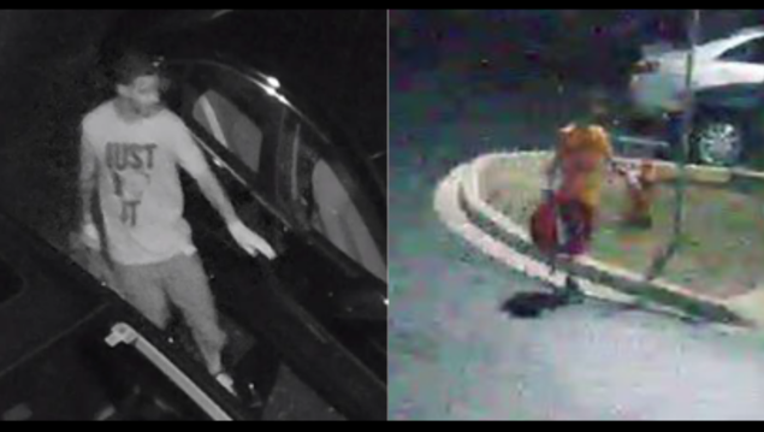 SUN-TIMES MEDIA WIRE - Police are offering a $1,000 reward that leads to the arrest of a suspect who stole a vehicle and broke into three others last month in west suburban Naperville.

Between 1 a.m. and 5 a.m. Sept. 24, a male was seen on surveillance footage pulling on vehicle doors and entering a vehicle near the intersection of Fairway Drive and Allegre Circle, according to an alert from Naperville police. Later that morning, a vehicle theft and three vehicle burglaries were reported in the area.

The suspect is described as a black male, standing between 5-foot-10 and 6-feet and weighing between 130 and 180 pounds with “distinct tattoos” on both forearms, police said. He was seen wearing a yellow and gold “Just Do It” t-shirt, red shorts, black sneakers, and carrying a red canvass bags with items he burglarized from vehicles.

Anyone with information should contact Naperville Crime Stoppers at (630) 420-6006 or www.napervillecrimestoppers.com. A reward of up to $1,000 is being offered for information that leads to an arrest in the incident.