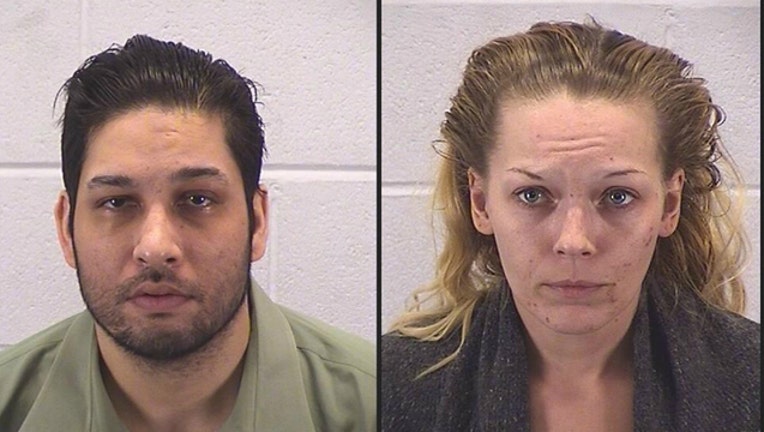 SUN-TIMES MEDIA WIRE - A southwest suburban couple has been charged with robbing a woman at gunpoint last month in Aurora.

Edwin Alequin, 37; and Nicole Barkes, 29, both of Sheridan, each face felony counts of armed robbery and unlawful use of a credit card, according to Aurora police. Alequin also faces an additional count of armed robbery.

About 4:35 p.m. Jan. 27, officers responded to the armed robbery in the West Aurora Plaza parking lot in the 1900 block of West Galena Boulevard, police said. The woman was approached by Alequin, who asked for money and when she refused, he pulled out a pellet gun.

The woman started running in fear and heard four “pops,” which turned out to be the suspect breaking a window of her car with the butt end of the gun, police said. He grabbed her purse off the front seat and got into an SUV, which was last seen heading east on Galena.

The victim was not injured, police said.

Detectives learned a credit card that had been in the stolen purse was used at a gas station in Berwyn and a department store in Forest Park within two hours of the robbery, police said. They viewed surveillance video of the transactions, and identified Barkes as a suspect.

Barkes was taken into custody Feb. 9 after detectives set up surveillance on her home in Sheridan and saw her getting into a car registered to one of her relatives, police said. They stopped the car on Route 71 in Norway.

Alequin eluded arrest until Friday, when authorities tracked him to an Aurora hospital, where he was taken into custody, police said. He was also wanted on a contempt of court warrant by the Kane County sheriff’s office.

Alequin and Barkes committed the robbery to get money for their heroin addictions, police said.