CHICAGO - 2020: The year that some people would like to forget is a pivotal year for Chicago Police Chief of Operations Fred Waller.

After more than three decades on the force, he is retiring.

“It's bittersweet,” he said.

“Being able to be right on the front line, being able to see that and be a part of that every single day, I will miss that. That part I just love,” he said.

Waller's been one of the most familiar faces on the CPD in recent months, too often having to speak after a young life is lost to gun violence.

“This whole year has just been, with COVID, it's been just one of those years that you'll never forget this year. The children, just one after another, being shot, being killed. It's been rough. It's been a trying, very challenging year,” he said.

He started in 1986 as a 24-year-old patrolman for the Third District. He says leaving is bittersweet, but is optimistic about the department's -- and Chicago's -- future under new Superintendent David Brown, who he commends for implementing his community safety team.

“I've always wanted another stand-alone team. A city-wide team and he's bringing that to fruition, so I feel very good,” Waller said.

“You have to have some standards so people know that if I go out with this gun, if I get caught, I'm going to be accountable for this,” he said.

Waller offered this parting message for Chicagoans during his last week in uniform.

“When the police stop you, or you encounter the police, always give that policeman the benefit of the doubt that they're acting in a reasonable and lawful manner,” he said. 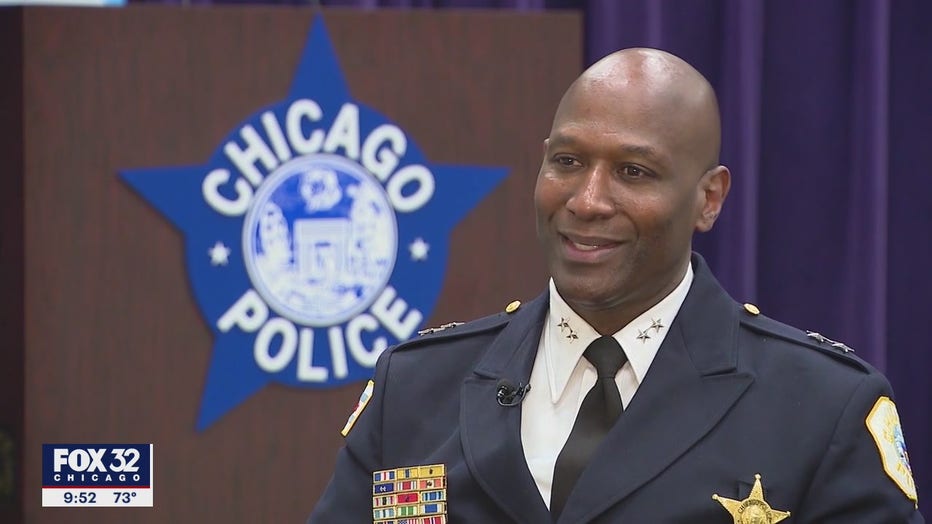 The apple does not fall far from the tree. Chief Waller has a son in his first year for the CPD and after retirement, he says he is sticking around his hometown and hopes to stay involved as a resource for the department. Despite the tough circumstances brought by 2020, Waller urges Chicagoans not to give up hope and to stay encouraged.