Evacuations after drill rig collapses on Chicago's North Side

A construction drill rig collapsed Wednesday on Chicago’s North Side.

The drill rig operated by a private contractor toppled over in the 1100 block of West Bryn Mawr Avenue in the Edgewater neighborhood, knocking down power lines and crushing part of a vehicle, Chicago Fire District Chief John Gies told reporters at the scene.

A nearby building was partially evacuated out of precaution, but no injuries have been reported, Gies said, adding that the drill rig operator was not hurt.

The evacuees were provided overnight shelter. 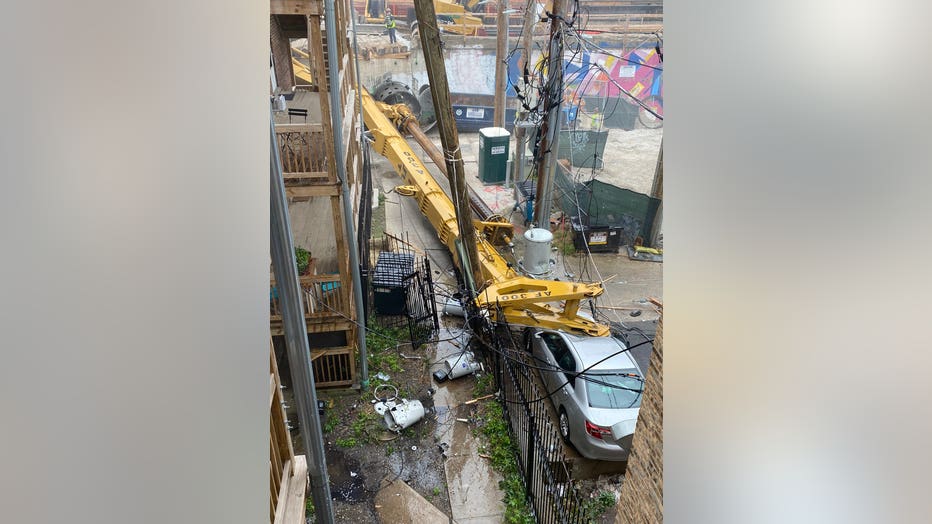 Gies said it wasn’t immediately clear what caused the collapse, and the cleanup process might take some time. Occupants of the evacuated building won’t be able to return until the drill rig is cleared, he said.

"It’s gonna take a while to rectify the crane because it’s a big piece of equipment that’s got to be taken apart," Gies said. 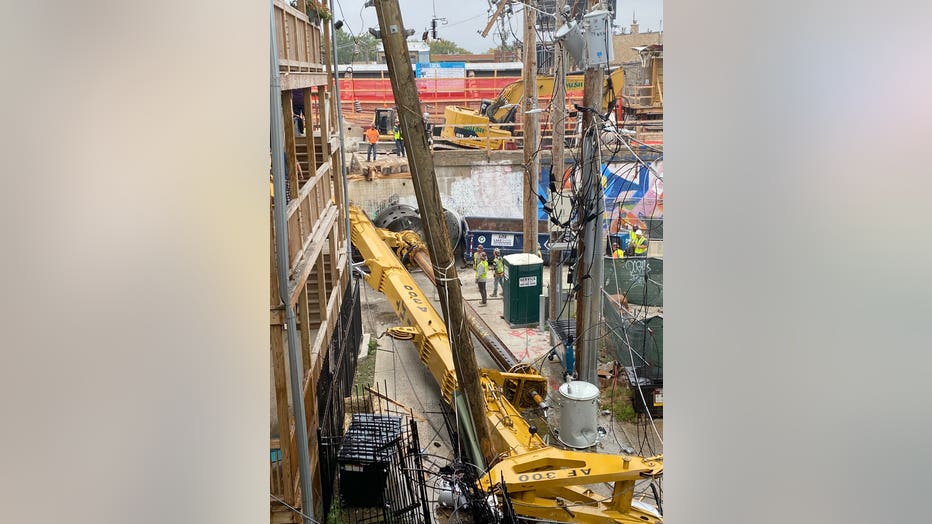 Power has been shut off near the area, leaving some homes and businesses without electricity. Officials hope to have the power restored in 24 hours.

FOX 32 saw many folks scrambling to get personal belongings and their pets.

Red and Purple Line trains were running but not stopping at the nearby Bryn Mawr station because of the collapse, but normal train service resumed by 9 p.m., the CTA said.

Conor Sullivan, who lives in the building that was evacuated, was working at home when he heard a large boom and felt his apartment shake.

He looked out his window and saw the overturned crane. Sirens and fire department crews then flooded the construction site minutes later, he said.

Sullivan said he and other occupants of the building were offered to be put up at a hotel if the area isn’t cleared soon.

Sullivan said that though he’s "really happy that they’re fixing up the Red Line," the crane collapse might make him "a little more worried" about all of the construction.

Photos and video of the incident were posted on Twitter by @HuronTrader.