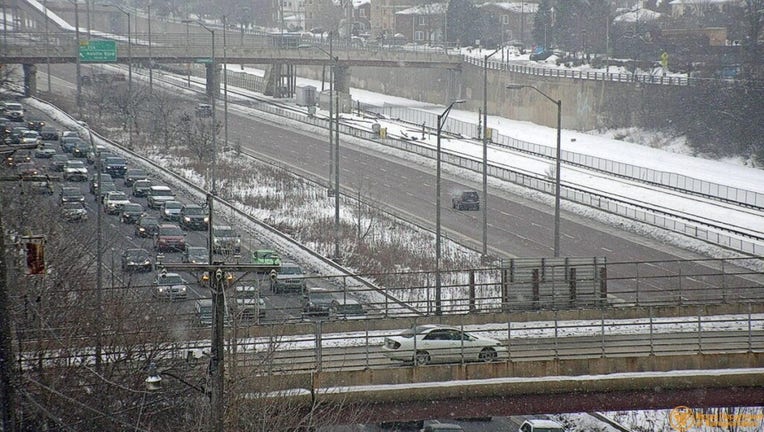 Traffic backs up Feb. 8 on I-290 in Oak Park. | Illinois Department of Transportation

OAK PARK - Traffic backed up Monday afternoon as crews responded to a crash on inbound Interstate 290 near Oak Park.

The crash was reported about 2:18 p.m. near East Avenue, according to Illinois State Police. A vehicle collided with the back of another vehicle, causing the driver to lose control and veer across lanes before crashing into a barrier.

The vehicle came to a stop after rolling over on its side, state police said. No injuries were reported, and the vehicle that collided into the other fled the scene.

Two inbound lanes were closed for about 30 minutes after the crash for the investigation, state police said.