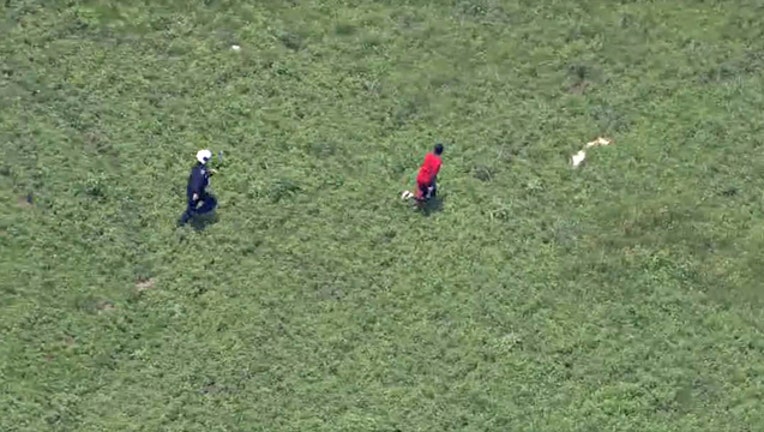 FOX NEWS - A police helicopter pilot in Houston took matters into his own hands when he tackled a fleeing suspect to the ground.

Police were responding to a call about a home intruder, according to KHOU. When they arrived, several suspects refused to stop and a chase ensued.

A Houston police department helicopter followed one suspect to a field. After the suspect just barely avoided a police car, the pilot presumably landed the helicopter off-camera, then ran up and tackled him to the ground.