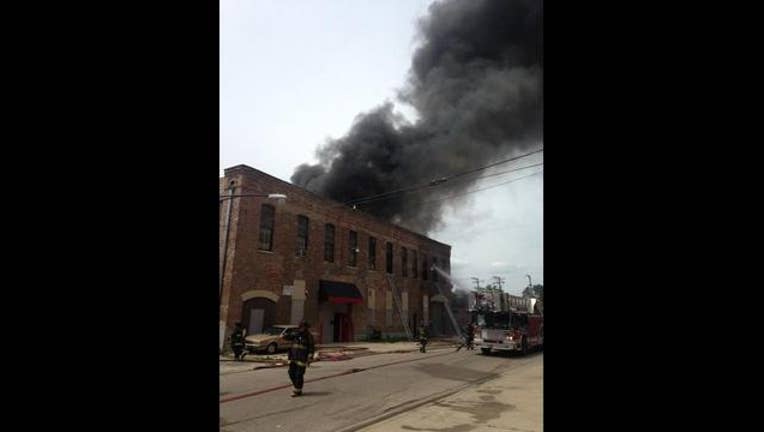 Fire crews at the scene of a two-alarm blaze in the 100 block of North Campbell Friday afternoon. | Fire Media Affairs

Crews were at the scene of a two-alarm fire Friday afternoon on the Near West Side.

Fire crews were dispatched to the fire at a two-story building in the 100 block of North Campbell, Fire Media Affairs said at 1:40 p.m. The fire was through the roof when they arrived.

The building has apartments on the second floor with storage on the first, according to the fire department. No injuries have been reported.