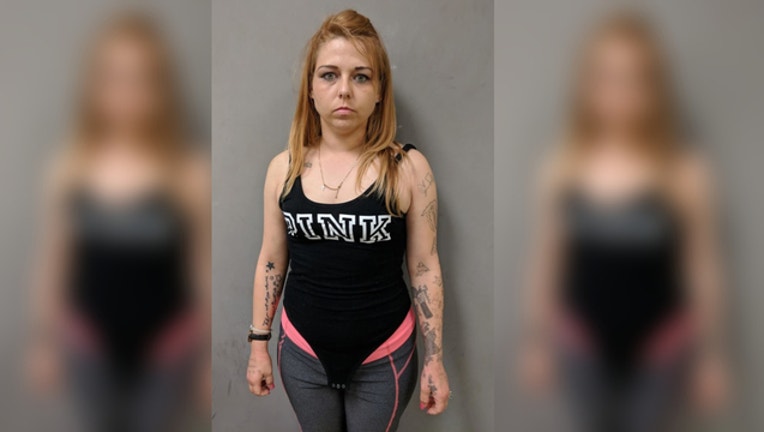 SUN TIMES MEDIA WIRE - A woman has been charged with driving a stolen vehicle with no license Thursday in west suburban Lisle.

Nicole Suzanne Crook, 31, is charged with possessing a stolen vehicle, driving with a suspended license and driving an uninsured vehicle, according to Lisle police and the DuPage County sheriff’s office.

Police in South Elgin contacted Lisle authorities at 9:35 p.m. to report that a stolen 2016 Mercedes-Benz C300 may be in Lisle, according to Lisle Police Deputy Chief Ron Wilke.

The car was stolen earlier that day from a gym in South Elgin, Wilke said. The victim left the keys in her jacket in the locker room and someone took them and drove the car out of the lot.

South Elgin Police Officer Bryan Kmieciak said the theft was reported at 9:26 p.m. from the L.A. Fitness at 488 Randall Road in South Elgin.

The car is equipped with a GPS system, which showed it moving on Ogden Avenue in Lisle, Wilke said. Officers found the Mercedes-Benz at a Mobil gas station at 1917 Ogden Ave. in Lisle.

They pulled the car over and arrested Crook, who lives in Arlington Heights, according to Wilke. Investigators learned that her driver’s license had been revoked for multiple prior DUIs.

Crook has a history of convictions for DUI and driving on a revoked or suspended license dating back to 2007 in Winnebago and Logan counties, according to Illinois Department of Corrections records. She was released on parole for her latest DUI conviction on April 5.

She is being held at the DuPage County Jail, according to sheriff’s office inmate records.