Matt Backe of Crystal Lake got a tattoo on his chest, which looks just like the scar on the chest of his 4-year-old daughter.

CRYSTAL LAKE, Ill. - Most dads will do just about anything for their daughters.

Matt Backe of Crystal Lake got a tattoo on his chest, which looks just like the scar on the chest of his 4-year-old daughter.

Everly Backe was born with a congenital heart defect. She underwent three operations at Advocate Children's Hospital before her first birthday.

Mother Lauren Backe calls it a miracle she's made it this far. Now, at the age of four-and-a-half, with eight medical procedures under her belt, Everly plows forward full of life and love.

"Sometimes you just have to stop and think and remember what she's been through to then get to this point where's she able to be active and crazy and as spunky as she is," Matt said.

The idea of a tattoo evolved from a mantra that Matt and Lauren came to adopt during the course of Everly's journey: strength comes in knowing you're not alone.

"Matt just thought that she's very aware of it and she'll probably only get more aware of it as she gets older. And thinking about her thoughts and body image, he was like, 'I want to do this so she's not alone,'" Lauren said.

So, Matt went to a nearby tattoo parlor and got inked. 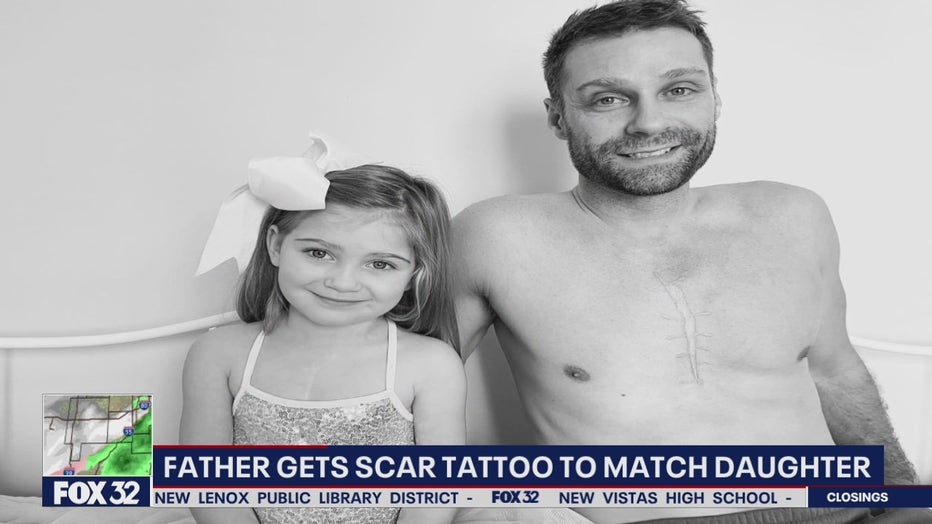 Now, more than ever, Everly knows she's not alone in this battle.

"He didn't want me to feel alone. And he wanted to be special like me," Everly said.