BARSTOW, Calif. - A well-known daredevil has died while conducting a rocket launch near Barstow.

According to TMZ, the daredevil was confirmed to be ‘Mad’ Mike Hughes, he was 64-years-old.

According to witness Justin Chapman, Hughes had launched himself in a self-made steam-powered rocket and crash landed.

The San Bernardino Sheriff’s Office says they were called to a private property off of Highway 247 just before 2 p.m. Saturday. Officials say he was pronounced dead on scene.

The parachute may have separated too early to bring the rocket back down.

Hughes is well known for being outspoken about flat-Earth; he was on a mission in to prove it himself. Hughes has won notoriety for launching himself several times in the past, trying to someday cross the barrier into outer space.

According to the Discovery Channel Hughes was going to launch himself 5,000 feet in the air on a homemade rocket for a new Science Channel series called ‘Homemade Astronauts’. 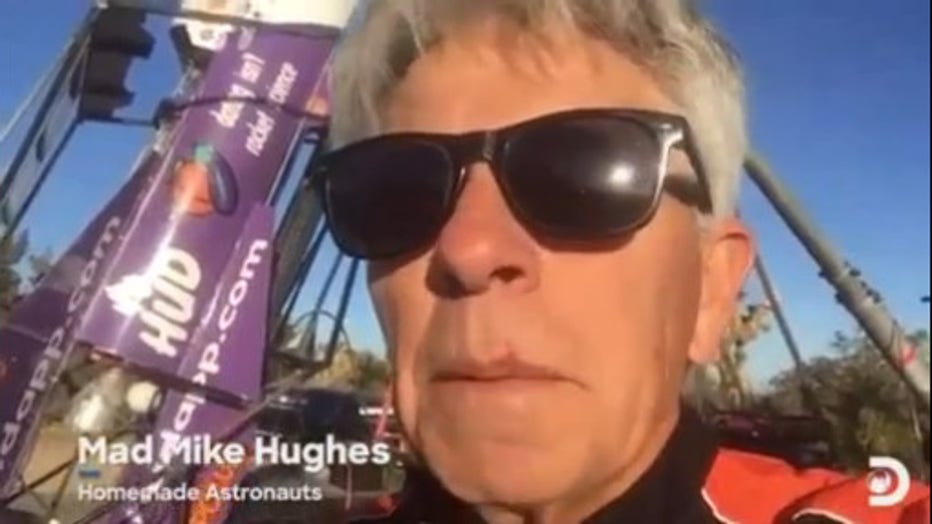 A post on Discovery.com said the launch was scheduled for February 22nd.

“This launch is one of three to be featured in “Homemade Astronauts,” a new series for Science Channel. The series follows three self-financed teams with sky-high dreams, in their cosmic quest to explore the final frontier on limited budgets,” a story on their website stated.