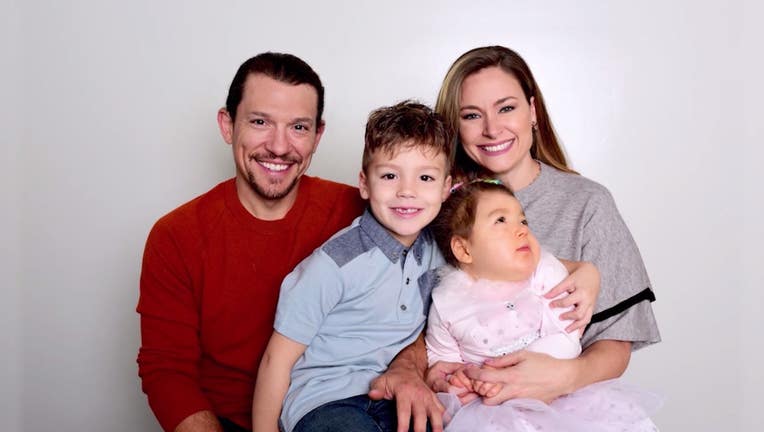 CHICAGO - The toddler daughter of the star of Chicago's "Hamilton" passed away this weekend.

Miguel Cervantes' daughter Adelaide died in hospice care. She was 3-years-old and suffered from suffered from a neurodegenerative disorder.

Her mother wrote on Instagram: "The machines are off. Her bed is empty. The quiet is deafening. Miss Adelaide Grace left us early Saturday morning. She went peacefully in my arms and surrounded by love. Finally, she is free from pain, reactions and seizures but leaves our hearts shattered. We love you so much Adelaideybug and forever after."

Cervantes was cast as Alexander Hamilton in Chicago's production of "Hamilton" around the same time that Adelaide was diagnosed with infantile spasms.

Adelaide is survived by her dad, her mother Kelly, and her big brother Jackson, who is 7.