The defense for R. Kelly and two co-defendants rested Friday at the R&B singer’s trial on charges of trial-fixing, child pornography and enticing minors for sex.

CHICAGO - The defense for R. Kelly and two co-defendants rested Friday at the R&B singer’s trial on charges of trial-fixing, child pornography and enticing minors for sex.

Prosecutors get a chance to call rebuttal witnesses and the sides will then deliver closing arguments. Jury deliberations aren’t likely to begin until next week.

McDavid was the only one of the three defendants to testify in his own behalf.

Singer R. Kelly told a federal judge Thursday that he won't testify at his ongoing trial in Chicago on charges that accuse him of child pornography, enticement of minors for sex and fixing his 2008 state trial.

Kelly, 55, already was sentenced to 30 years in prison in June after a separate federal trial in New York.

Kelly, known for his smash hit "I Believe I Can Fly" and for sex-infused songs such as "Bump n’ Grind," sold millions of albums even after allegations of sexual misconduct began circulating in the 1990s. Widespread outrage emerged after the #MeToo reckoning and the 2019 docuseries "Surviving R. Kelly."

At times while testifying this week, McDavid sounded like a prosecution witness. He said he believed Kelly’s denials about sexually abusing minors in the 2000s but altered his view during the current trial.

During cross-examination, prosecutor Jeannice Appenteng sought to show McDavid was so close to Kelly that he couldn’t have been completely ignorant of any Kelly misconduct. 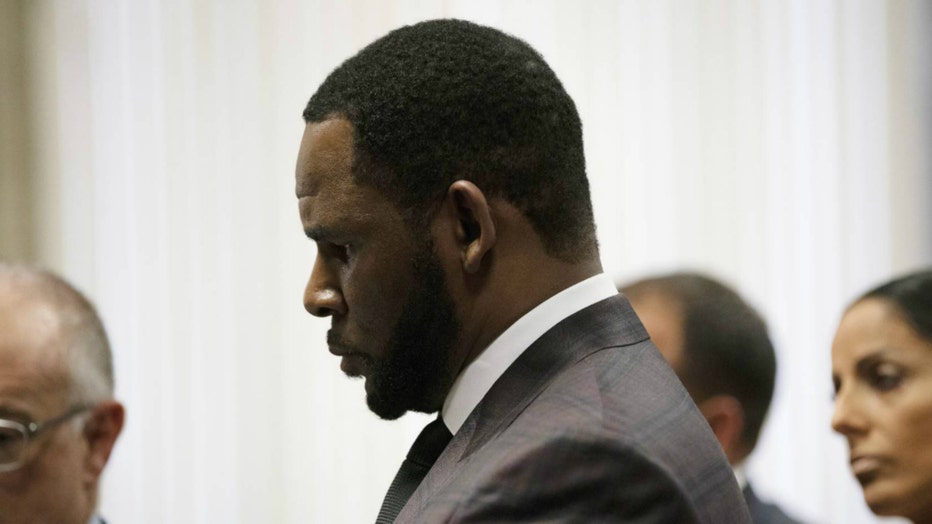 McDavid agreed his job included protecting Kelly’s reputation and assets. Citing financial records, the prosecutor said Kelly paid him some $1 million a year starting in 2006. McDavid denied he took steps to fend off sexual misconduct lawsuits against Kelly primarily to protect his his boss and his lucrative income from Kelly.

In a sudden shift at the end of the day Thursday, McDavid expressed doubts about Kelly’s insistence in the 2000s that he never sexually abused minors.

Asked by his own lawyer, Beau Brindley, if he was in "a different position" to assess allegations against Kelly after sitting through government testimony by four Kelly accusers, McDavid responded: "Yes, I am."

McDavid, who previously had testified that he once saw Kelly as a son, was also asked if he had wanted to believe Kelly in the 2000s, including to the end of Kelly’s 2008 trial.

The judge in the R. Kelly case took a recess for the day on Wednesday, and the R&B singer's team is now calling for an acquittal. The motion for an acquittal claims the prosecution's evidence is insufficient to get a conviction against the disgraced singer.

"I absolutely did," he answered, "because I loved him and I believed in him."

McDavid’s testimony could lend credence to the charges Kelly alone faces — five counts of enticing minor girls for sex, one count each for five accusers. However, it is also in McDavid’s interest to say he believed Kelly heading into the 2008 trial because it undermines the government’s case that McDavid knew Kelly was guilty and thought the singer would be convicted if evidence wasn’t suppressed.

Judge Harry Leinenweber has repeatedly rejected requests from Kelly’s defense team that he be tried alone because his and McDavid’s interests would conflict at a joint trial.

McDavid testified that he and Kelly grew apart after the 2008 trial amid financial disputes and that he quit working for Kelly in 2014.

The ongoing trial in Kelly’s hometown is, in ways , a do-over of the 2008 trial. A single video, which prosecutors said showed Kelly sexually abusing a girl of around 14, was at the heart of that trial. The same video is evidence at the current trial.

The girl in the video, then an adult, did not testify at that 2008 trial, which jurors cited as a reason they couldn’t convict. She testified at the current trial under the pseudonym "Jane," saying she was the person in that video and that Kelly made the recording. She also said that Kelly sexually abused her hundreds of time starting when she was 14.

McDavid testified Wednesday that he had seen the then-teenager hanging around Kelly’s studio in the late 1990s. He said Kelly angrily denied rumors he was sexually abusing Jane, whom Kelly described as his goddaughter.

"I believed him," McDavid said.