The family spoke about their daughter at a news conference Friday.

CHICAGO - A crowd of people gathered Friday to support the family of a 29-year-old pregnant woman murdered in Chicago.

The family and community members released balloons at the spot where Derricka Patrick was killed.

The hair stylist was sitting in a parked car on South Vincennes Ave. in the Englewood neighborhood when she was shot multiple times by two men Wednesday night.

Patrick's mother begged for the shooters to turn themselves in.

"I can’t get my baby back," Christine Blanton said through tears. "Y'all took my baby from me. God gave her to me for 29 years and you just ended my baby's life like that." 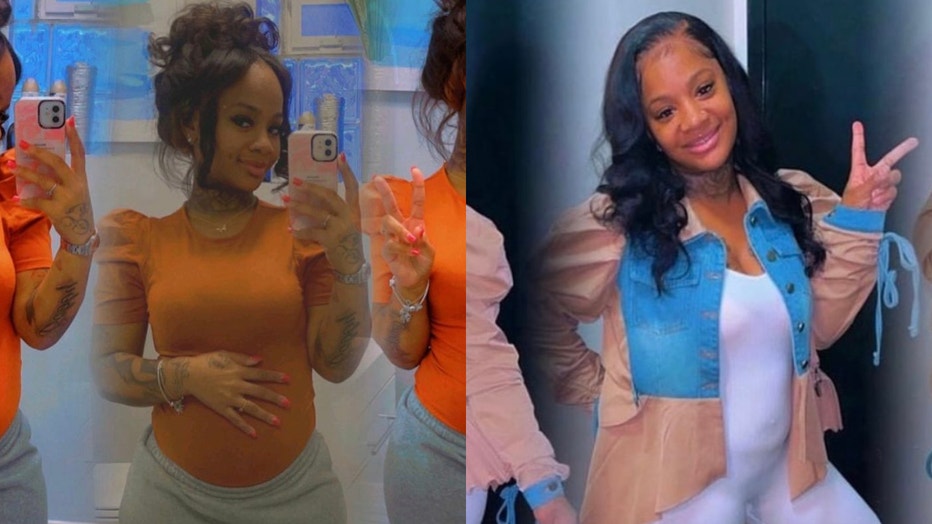 Some community activists also announced they would pay for Patrick’s funeral.

Chicago police say they have video surveillance showing a car pulling up next to Patrick’s, two males get out and start shooting into her car. That video has not yet been released to the public.

"We have some video evidence that supports that two individuals did this and we need them identified. We haven't pushed out any videos yet of those suspects. But we definitely need some help from the community," Chicago police said.

"My baby didn't deserve this. She didn't do nothing to nobody. For somebody to come and snuff her out and take her life like that, I'm just upset about it. I don't appreciate it" said Blanton.

An autopsy found Patrick died of multiple gunshot wounds. Her death was ruled a homicide.

Police are looking for more evidence in this case. You can submit an anonymous tip to CPDtip.com.