Des Plaines firefighters were ‘challenged by a rapidly evolving scene’ in fire that killed 5, report finds

A fire in Des Plaines that killed four children and their mother in January likely started at least seven minutes before anyone called 911.

DES PLAINES, Ill. - A fire in Des Plaines that killed four children and their mother in January likely started at least seven minutes before anyone called 911.

And firefighters were "challenged by a rapidly evolving scene" that included more victims than initially expected and fire blocking the only stairwell to the family’s apartment.

That’s according to a 43-page report released Tuesday by the Des Plaines Fire Department that provides a timeline and video of the city’s response to the blaze at 714 W. Oakton St.

The cause of the Jan. 27 fire remains undetermined, but the report said the blaze began at the top of the only stairwell leading to the second-floor apartment where the family was found. A space heater and extension cord were found in the area.

The apartment had a second exit — a small balcony — but it didn’t have stairs to the ground level, the report states.

According to a timeline of events, surveillance video shows a bright flash of light in the second-floor window at 10:03 a.m., indicting a possible fire. It wasn’t until 10:10 a.m. that a 911 call was received, and it took another two minutes until the caller could provide an address.

Firefighters, hearing that two children may be trapped on the second floor, encountered "significant" smoke and fire, and knocked down flames with a hose, the report states. Within seconds, crews found the first victim in a bedroom and four others in another room. 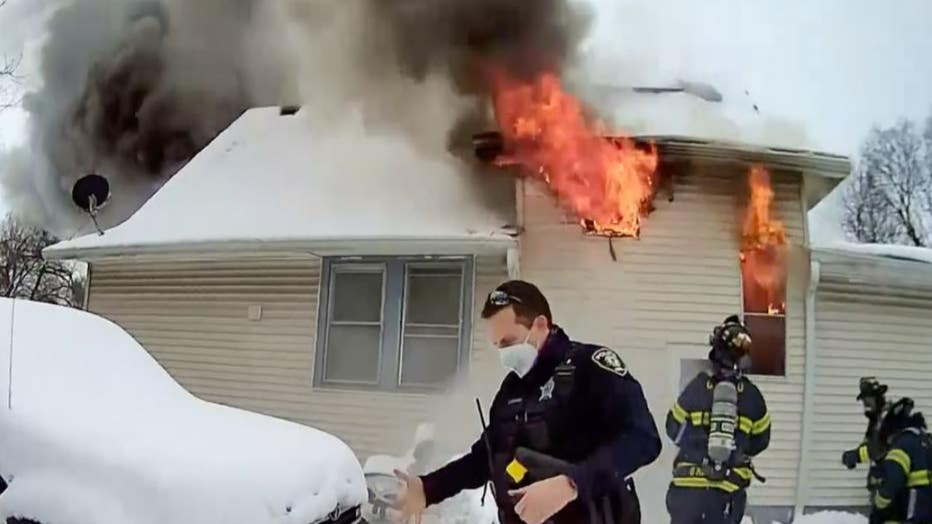 The fatalities were Cythaly Zamodio, 25, and her daughters: Grace Espinosa, 1; Allizon V. Espinosa, 3; Genesis A. Espinosa, 5; and Renata P. Espinosa, 6. At the time, a neighbor said their father was work during the fire.

The report states that the department’s response to the fire satisfied standards set by the National Fire Protection Association and Occupational Safety and Health Administration.

"Firefighters made a valiant effort to give those trapped a chance to survive by locating them and removing them from the hazardous conditions," the report states. "The efforts of all those involved are to be commended." 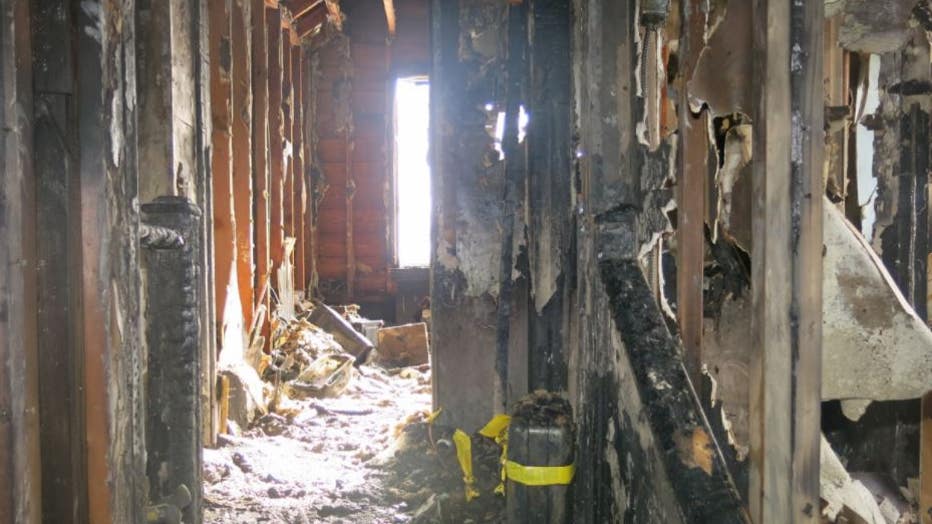 A photo from the city’s report shows the top of the stairwell where the Jan. 27 fire apparently started. | Des Plaines Fire Department report

Des Plaines, a northwest suburb with about 58,000 residents, was rattled by the fatal fire — its worst in over a generation.

At the time, Des Plaines Fire Chief Daniel Anderson said it was his "worst day" in nearly 30 years on the job.