DIXMOOR, Ill. - Prosecutors have charged a suburban Chicago police commander with aggravated battery for allegedly dragging a 66-year-old grandmother into a police station and slamming her face into a wall.

Burge, 31, surrendered Wednesday after county investigators obtained a warrant for his arrest. He was ordered held on $20,000 bond.

Bourgouis said she went to the Dixmoor police station after her grandson was arrested. Burge arrested the boy’s father when he refused to hand over a cellphone he was using to record their conversation. Bourgouis said she then also began recording, Burge demanded she give him her cellphone, and she began to leave the station. 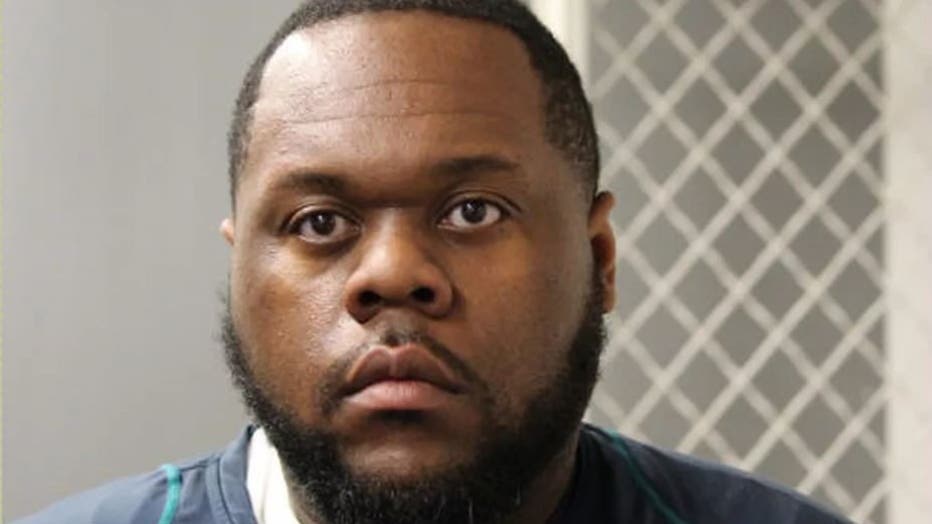 Burge chased after Bourgouis. carried her back in, and “then purposefully slammed the victim’s face into the back hallway wall on three separate occasions,” Assistant State’s Attorney Heather Weber said.

“She hit her head against the wall because they’re trying to control her,” he said.

All charges against Bourgouis were dropped by prosecutors.