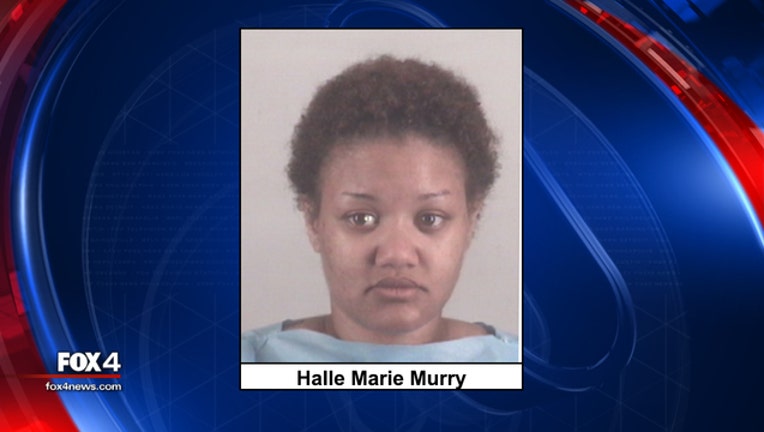 FORT WORTH, Texas - A Fort Worth mother has been arrested for the murder of her young daughter back in January.

Halle Marie Murry was charged with capital murder after the medical examiner found that the child died from blunt force trauma to the head.

According to an arrest warrant, Murry took her daughter to Cook Children’s Hospital on Jan. 14.

When an officer asked one of the doctors about the girl’s condition, he said it was “one of the worst skull fractures he has ever seen.”

Murry told police that she took a nap with her daughter on her chest, and woke to find her unresponsive in another room, with her 3-year-old son standing over her.

She also told doctors that she believed her 3-year-old son had injured the girl, and stated a metal fidget spinner he had in his hand matched the marks on the girl’s head.

But the doctor said “there is no way a 3-year-old could have caused” that amount of damage to the girl’s skull.

A forensic interview was also done with the 3-year-old, and a doctor who watched his interactions with a doll that resembled his sister said he “did not demonstrate the dexterity or force to cause the extensive head injuries” to his sister.

According to the arrest warrant, Murry had many "inconsistencies" in her story, and told several people different things about the moments before and after her daughter’s death.

She also reportedly changed details of her story after being told her 3-year-old son couldn’t have done that much damage to the infant.

Investigators found that Murry left the hospital and went back to her apartment shortly after doctors told her that her son couldn't have caused the injuries to the girl.

Child Protective Services also did a drug screening on Murry and her 3-year-old son on Jan, 17, and both tested positive for cocaine.