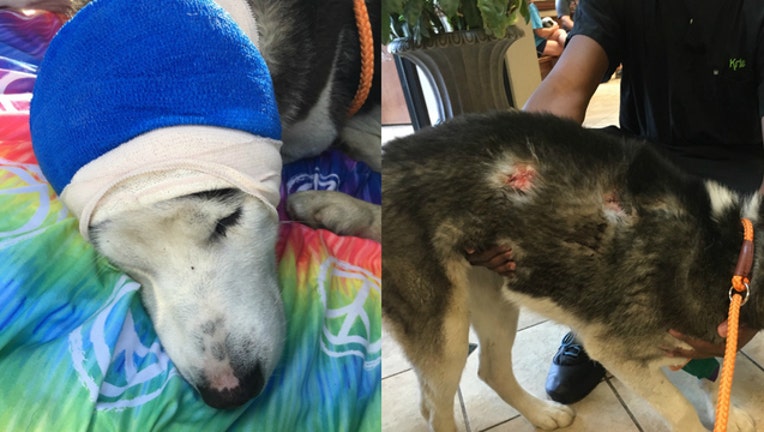 CHICAGO (FOX 32 News) - A stray dog that was shot twice is getting help from a suburban animal shelter.

A Husky named "Gunner" is recovering from bullet wounds to his ear and chest.

PAWS in Tinley Park got a call about an injured dog Thursday night. The staff was originally told the Husky's ear was hurt during a dog fight.

But during an exam, the vet discovered bullet wounds. The vet managed to save Gunner's ear.

The shelter is accepting donations to cover Gunner's medical bills.