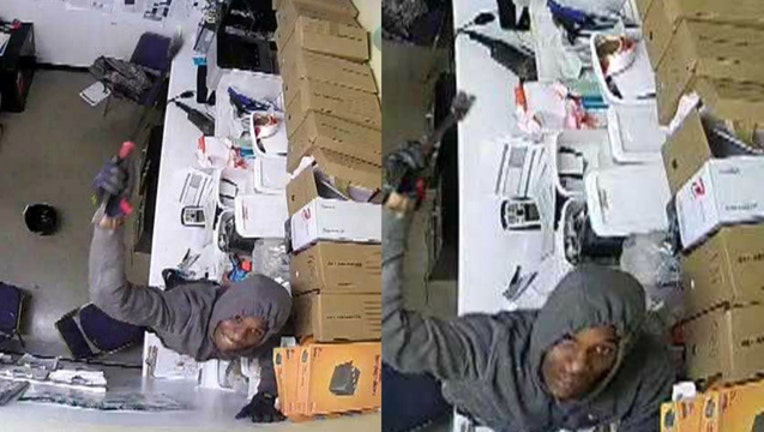 INDIANA (Sun-Times Media Wire) - Gary police have released photos of a suspect in a string of dollar store burglaries in northwest Indiana.

The photos released Wednesday show a man in a gray hooded sweatshirt burglarizing a Dollar Tree store overnight on May 3 in Gary, police said in a statement.