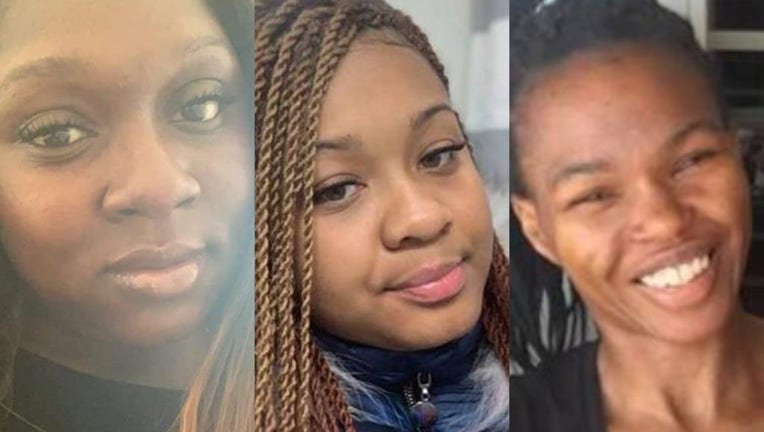 DOLTON - After a string of fatal shootings involving women and a teen, the Village of Dolton says it’s requesting federal money to beef up its shrinking police department.

In the last month, the south suburb has seen three fatal shootings involving females — nearly half of Dolton’s eight homicides this year.

Dolton Mayor Riley Rogers addressed the recent violence in an emergency Aug. 27 village board meeting. Rogers blamed it on an “overflow” from Chicago and gang activity.

No arrests have been made in the Smith and Boston murders, Dolton Police Chief Ernest Mobley said Wednesday. One suspect was arrested Wednesday in Bowman’s slaying, about a week after an arrest warrant was issued for a suspect.

“We’ve a large number of officers who have retired and haven’t been replaced,” Rogers said in the meeting.

The department is regularly staffed by three patrol officers and a supervisor, Mobley said at the board meeting.

Fifteen officers have retired since 2016 and not been replaced, according to Mobley. Including injured officers on medical leave, the department is short-staffed by 19 officers, he said.

Congresswoman Robin Kelly said Tuesday that she talked with the mayor about staffing Dolton’s police force “to address this shocking spike in violence,” and connected him to the appropriate people to apply for federal money.

Rogers said during the Aug. 27 meeting he requested $2 million in federal grants from the Department of Justice to hire 15 more full-time officers. That’s in addition to the five positions Dolton is already trying to staff. The mayor did not respond Wednesday to a request for comment.

The federal money and new officers would let the department keep eight officers on duty at a time, Mobley said.

That type of staffing would have been helpful when Dolton police responded on Aug. 19 to a gun battle between an off-duty officer and robbery suspects at a car dealership, Mobley said. Scores of offices from neighboring departments were called in and helped locate one of the two suspects.

Dolton has been the recent focus of several fatal shootings involving women, but the violence is comparable to years past.

The Cook County medical examiner’s office has recorded six homicides in Dolton, the same as this time in 2018. In 2019, more women have died in homicides than in years past.

Mobley released slightly higher homicide counts for the past four years. He said in an email that there are eight homicides so far in 2019. Mobley said there were 10 homicides in 2018, and 12 homicides in 2017. He did not respond to a request to explain the difference.

In the board meeting, Mobley said much of the violence can be pinned on people coming from outside of the village. “Dolton is a throughway,” he said in the meeting. “There’s a war going out here, and it’s a war going on with our youth.”

In the meeting, Dolton officials said the violence was part of a larger trend and the village was unfairly being singled out by the media.

Trustee Edward Steave said in a phone call the violence is happening beyond Dolton. “There’s been an uptick in the whole south suburbs. We had a few unfortunate incidents, but this is a safe community,” he said.

Calumet City, which neighbors Dolton to the southeast, logged seven homicides so far this year, all of them males, according to data from the medical examiner’s office. That’s an increase compared to three homicides in 2018 and two in 2017.

Former Dolton Trustee Valeria Stubbs said the violence can be explained by a lack of police and rise in renters. She said many people have moved in from Chicago. “You have a lack of police officers, you have so many Section 8 housings in the suburbs,” Stubbs said.

“People migrate out here, and the women unfortunately bring their guys here too,” Stubbs said.