Alcohol guidance from the CDC

Alcohol can have very dangerous long-term effects on a person's health if abused.

Researchers at the Tulane University Obesity Research Center, analyzed health data for nearly 312,400 current drinkers, examining the effect moderate drinking may have related to an onset of type 2 diabetes over 11 years.

"The effects of alcohol consumption on health have been described as a double-edged sword because of its apparent abilities to cut deeply in either direction – harmful or helpful, depending on how it is consumed," said study author Hao Ma, a biostatistical analyst at the Tulane University Obesity Research Center in New Orleans. "Previous studies have focused on how much people drink and have had mixed results. Very few studies have focused on other drinking details, such as the timing of alcohol intake." 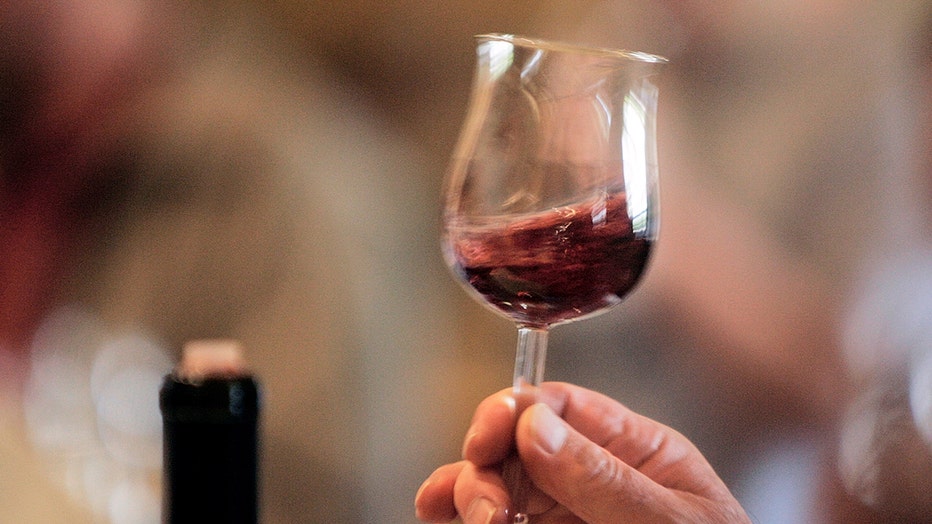 The participating adults from the UK Biobank self-reported themselves as regular alcohol drinkers, but the participants did not have diabetes, cardiovascular diseases or cancer at the time of study enrollment.

During an average of nearly 11 years of follow-up, researchers found about 8,600 of the adults in the study developed type 2 diabetes.

RELATED: Study: Wine is only alcoholic drink with health benefits — and it may just be the grapes

According to the study’s findings, consuming alcohol with meals was associated with a 14% lower risk of developing type 2 diabetes compared to consuming alcohol without eating food. The potential benefit of moderate drinking on type 2 diabetes risk was evident only among the people who drank alcohol during meals, although the specific time of meals was not collected in this study.

"The most important finding in this study is that the relationships between amounts of alcohol intake and T2D risk was significantly modified by the timing of alcohol intake respect to meals," Ma told FOX Television Stations Group.

In addition, the beneficial association between alcohol drinking with meals and type 2 diabetes was most common among the participants who drank wine versus other types of alcohol.

One study limitation is that most of those participating were self-reported White adults and of European descent. It is unknown whether the findings can be generalized to other populations.

"Clinical trials have also found that moderate drinking may have some health benefits, including on glucose metabolism. However, it remains unclear whether glucose metabolism benefits translate into a reduction of type 2 diabetes," Ma continued. "In our study, we sought to determine if the association between alcohol intake and risk of type 2 diabetes might differ by the timing of alcohol intake with respect to meals."

Despite the findings of this analysis of healthy drinkers, the relationship between alcohol consumption and health benefits remains controversial.

RELATED: ‘No amount’ of alcohol is good for the heart, World Heart Federation says

In January, the World Heart Federation challenged the widespread notion that drinking moderate amounts of alcohol could decrease the risk of heart disease.

"The evidence is clear," the WHF wrote in its press release. "Any level of alcohol consumption can lead to loss of healthy life. Studies have shown that even small amounts of alcohol can increase a person’s risk of cardiovascular disease, including coronary disease, stroke, heart failure, hypertensive heart disease, cardiomyopathy, atrial fibrillation, and aneurysm."

The organization said studies that claim otherwise are "largely based on purely observational research", which "fails to account for other factors, such as pre-existing conditions and a history of alcoholism in those considered to be abstinent."

"The portrayal of alcohol as necessary for a vibrant social life has diverted attention from the harms of alcohol use, as have the frequent and widely publicized claims that moderate drinking, such as a glass of red wine a day, can offer protection against cardiovascular disease." said Monika Arora, member of the WHF Advocacy Committee and co-author of the brief. "These claims are at best misinformed and at worst an attempt by the alcohol industry to mislead the public about the danger of their product."

But, some studies suggest otherwise.

Last year, research out of the United Kingdom seemed to suggest that wine was the one alcoholic drink that could be beneficial for health — due to the powerful antioxidants found in grapes.

The team, led by Dr. Rudolph Schutte, analyzed data of more than 500,000 people in the U.K. over a seven-year period.
They found that low-level consumption of beer, cider and spirits was associated with an increased risk of cardiovascular events, coronary heart disease, stroke, cancer, and overall mortality.

However, Schutte’s team discovered there was a decreased risk of coronary heart disease through the consumption of wine.

Meanwhile, other studies have also suggested that low-to-moderate amounts of alcohol can actually decrease the risk of mortality and cardiovascular disease.

But, Schutte believes the benefits obtained from wine and champagne may actually be thanks to polyphenols, which are antioxidants found naturally in the grapes, and not necessarily through the alcohol itself.

While the Centers for Disease Control and Prevention does not outline health problems associated with light to moderate drinking, the agency says excessive drinking is associated with numerous health problems including chronic diseases such as liver damage, inflammation of the pancreas, various cancers including liver, mouth, throat, larynx, and esophagus, high blood pressure and psychological disorders.