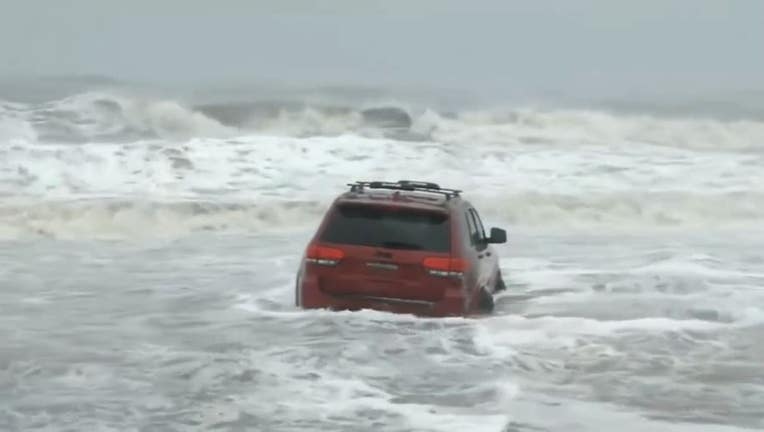 MYRTLE BEACH, S.C. - Police in South Carolina told WMBF they found an abandoned Jeep near the shoreline in Myrtle Beach as Hurricane Dorian lashed the coast.

According to police, someone abandoned the SUV after they attempted to drive out onto the beach, seeing how far they could get before eventually getting stuck in the sand.

A passerby and local TV news crews captured video of the abandoned car being consumed by waves as Myrtle Beach was struck by Category 2 Hurricane Dorian.

Waves could be seen crashing into the Jeep as the vehicle swayed, appearing to drift farther out into the surf.

Police said they can't do anything about the Jeep while heavy rains and winds from the storm batter the coast.