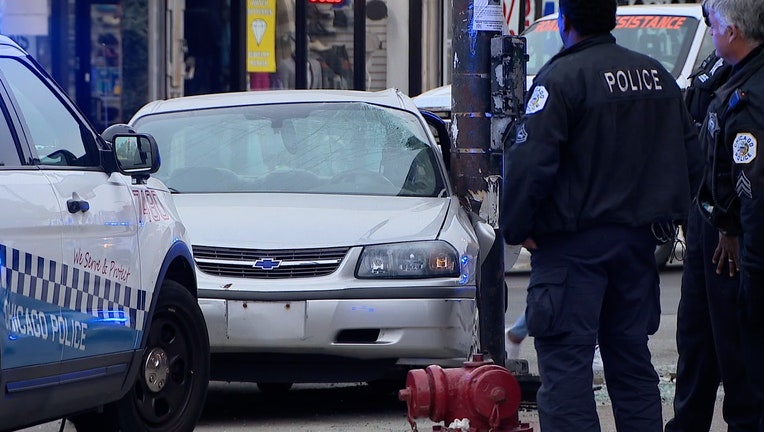 CHICAGO - A vehicle crashed into a police car Saturday in Roseland, leaving three people injured, including a Chicago police officer.

About 4:25 p.m., the unmarked squad car was traveling west with its sirens activated on 111th Street when a southbound Chevrolet slammed into it in the intersection at Michigan Avenue, according to Chicago police.

An officer in the squad car was taken to a local hospital, while a 23-year-old man and 24-year-old woman in the Chevrolet were taken to Christ Medical Center in Oak Lawn for treatment, police said. None of their injuries appear to be life-threatening.

The man, who was driving the Chevrolet, was cited for driving on an expired license and failing to yield to an emergency vehicle, police said.

BOY, 3, ACCIDENTALLY SHOOTS HIMSELF IN ROSELAND