5 injured after pickup truck crashes into Starbucks in McHenry

MCHENRY, Ill. - Police say a medical emergency caused a driver to slam his pickup truck into a Starbucks coffee shop Thursday in northwest suburban McHenry, pinning an employee under the truck and injuring four others.

About a dozen people were inside the Starbucks when a 53-year-old Lakemoor man crashed his Dodge Ram through the wall of the building, at 4305 W. Elm St., according to McHenry police spokesman Patrick Polidori.

He was driving west on Elm Street and left the road at Oak Drive after suffering a “medical emergency,” according to Polidori, who declined to specify the type of emergency citing patient privacy.

He struck an SUV in the Starbucks’ drive-through before crashing into the building about 4:40 p.m. 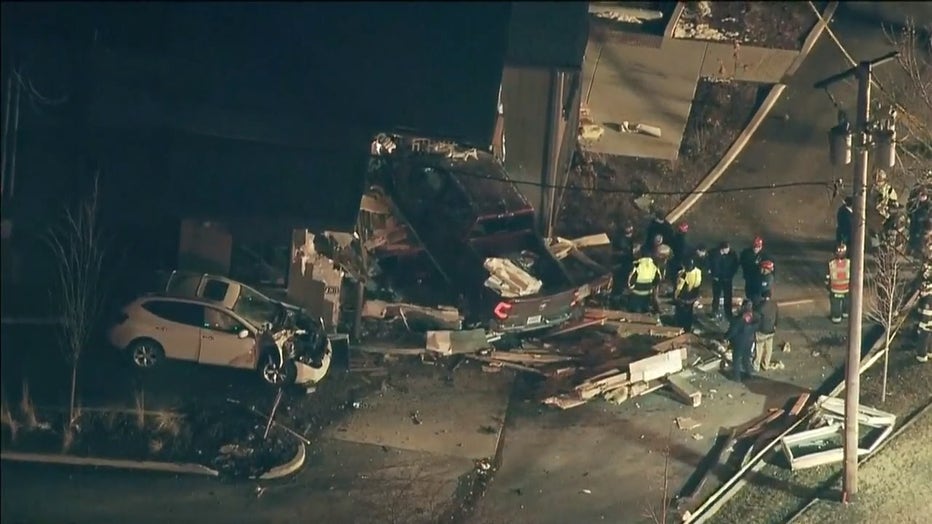 Five people were injured at the scene, including a 21-year-old Starbucks employee who was pulled out from under the truck by firefighters, Polidori said.

The employee taken by helicopter in critical condition to Condell Medical Center in Libertyville, where their condition is now reported as “fair,” Polidori said Friday morning.

Three others, including another employee and the driver, were taken to Northwestern Medicine McHenry Hospital and listed in fair or good condition, Polidori said. A fifth person was treated and released at the scene.

The driver was treated for minor injuries, and will not be cited or charged, Polidori said.

Building inspectors indicate the shop is still structurally sound and can be repaired, Polidori said. The shop will be shut down for an extended period of time, he said.

In a statement, Starbucks said, “We are deeply saddened this happened at one of our stores. Our focus right now is supporting our partners (employees) and customers impacted.” A spokesperson for the company declined to comment further.